All Posts
Posted in Analysis Legacies & In Memory

It is an undeniable truth that there is strength in numbers, and this is certainly the case when it comes to creating a behavioural change and normalising legacy giving…

It’s not so long ago that legacies were almost exclusively the domain of the largest charities and wealthiest philanthropists. Now, we’re in a world where people leave all sizes of gifts and other items to charity in their Will, and around 13,000 charities are named in Wills each year. This includes a growing number of small and community-based organisations, reflecting a broad range of causes. As a result, the sector now relies heavily on charitable bequests, which generate over £2.8 billion in funds annually.

This hasn’t happened overnight. It’s the culmination of a number of factors over several years, which include charities more actively fundraising and investing in legacies, the introduction of tax breaks on estates that include a charitable gift, public awareness campaigns like Remember A Charity Week and solicitors and Will-writers promoting the option of leaving a charitable bequest. But this growth doesn’t come without its own set of challenges.

Increasing the number of gifts

With an expanding number of charities actively fundraising for legacies, inevitably they need a larger pot of income if there is to continue to be enough to go around. This makes it all the more important that we grow the legacy giving market. And this means increasing the proportion of people that choose to leave a gift in their Will.

Currently around 16% of Wills that go to probate include a donation to charity. While this figure is on the rise over the long-term, behavioural change takes time and we need collaborative action if we are to achieve this. This involves working together – both within the sector – and beyond; engaging Government, businesses, the financial and legal sector to effect change.

A louder voice for legacies

In the charity sector, there has certainly been a renewed appetite for working together on legacies. In 2014, Remember A Charity represented around 150 charities with a commitment to growing legacy giving. But by the end of last year, we had welcomed our 200th member – SHINE (Spina bifida Hydrocephalus Information Networking Equality) – to the consortium, strengthening our representative voice for the sector.

Why is this important? Ultimately, it means that – as a collective – we can do what no one charity can do alone. We can represent the sector, championing legacies with one voice to influence policy and legislation, while reaching out through the media and via social channels to change hearts and minds. At a practical level, charities can share resources to achieve maximum impact, avoid duplication and communicate the importance of legacy giving and its benefit on society. It also means greater sway when it comes to engaging with government and other key stakeholders. This is so important when it comes to lobbying for change and protecting the wider environment around charitable legacies, including the raft of tax breaks available on legacy gifts.

There is also the need and opportunity for Government to take a more collaborative approach to legacies. From the sector’s perspective, we typically look to the state for support by providing a fiscal and legislative environment that will encourage philanthropy and gifts in Wills specifically. But there are some broader and arguably bigger related issues that the state needs to deal with too, not least intestacy.

The public cannot leave a gift to charity without writing a Will and recent research suggests that 60% of the public haven’t yet done so. Intestacy remains a major challenge, incurring a great deal of cost and resource for government. Both Will-writing and the inheritance tax framework are currently under review and charities need to have a voice in that debate.

With this in mind, we have called for a cross-departmental working party on legacies, which would draw together work programmes on related issues like intestacy, Will-writing, tax breaks and more.

Engaging with financial advisers and solicitors

When it comes to the frontline of speaking to the public about their final wishes, it is financial advisers, Will-writers and solicitors who are most frequently having these conversations with potential legators. So, it remains critical that the sector interacts with the advisory community, making sure they have the information they need to reference legacy giving appropriately with clients and they understand the impact of gifts in Wills.

Trials conducted on our behalf by the Behavioural Insights Team showed that simply referencing the option of leaving a gift to charity could go so far as trebling the number of gifts made. Subsequent trials with The Law Society and The Law Society of Scotland have further refined the best approach and there are now over 1,400 advisers who have committed to raising the issue with relevant clients.

We can’t change culture over night, but by working collaboratively, the sector can continue to make strong progress. The more we work together, the sooner we can achieve this common goal of normalising legacy giving. 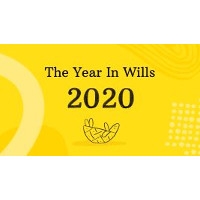 Farewill&rsquo;s Year in Wills Report 2020: the impact of COVID-19 on will-writing and legacy fundraising 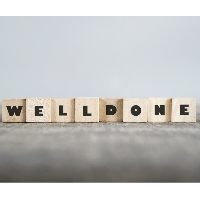 Legacy teams: How to get the recognition you deserve 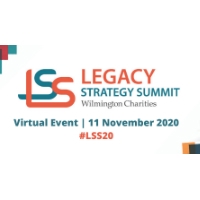 500 legacy fundraisers come together online to collaborate and share insight