We all know it costs less to retain supporters than acquire them, but are you aware of the true impact of donor attrition on your organisation over time? Jay Love reveals the 4 hidden costs you need to consider

The nonprofit sector all over the world has become more and more aware of donor retention metrics. Those just researching this for the first time are often caught off guard when finding out most charities are unable to keep at least 50% of their donors from the year before.

This is rather dismal when compared to how commercial companies fare with customer retention. In the commercial sector rates are often 90-95%, if not higher.

What is missed even more often are the hidden costs directly aligned with poor donor retention. These costs make the overall equation of revenue - expenses = surplus/deficit even harder to keep positive.

When donors are not retained, most charities and their leadership seek to turn up the effort in recruiting new donors. Often that is the only way to meet existing revenue goals and budgets, let alone surpass them.

This is where the age-old axiom “it costs more to acquire a new donor than to retain an existing one” forges into play.

For instance in the direct mail arena the costs to use an outside list, create an attractive acquisition mailing, print the letters and mail them are much more than just using your existing house list.

The real killer is the vast differences in the response rates between an acquisition mailing versus a renewal mailing. Often, the difference is 20-30 times better for the renewal, with higher average gift amounts.

Even if you concentrate on the remaining donors you have, the money raised must come from 50% or fewer constituents. So, in order to even get close to what was raised the year before, the average gift size would need to double (not likely).

Since the chances of the average gift size doubling for the entire group of remaining donors is so slim, many charities increase the number of appeals. This is especially true for donors who give via email. This usually generates more pounds, but for a percentage of the donors the extra appeals are harmful, often causing additional donor attrition.

In the case of poor retention of donors, if 50% of your donors leave annually, the majority of those donors are gone in five to six years. Ironically, the 5th or 6th year is often the prime time to begin discussions of a major gift. These can be harsh logical consequences.

The hidden cost of far fewer major gift prospects is almost too big to measure. Also, the problem has been in existence for so long, most charities have no idea of the total impact this may be having on funding their mission.

Like the third option above, this brutal hidden cost has been occurring for so long, most charities’ strategic plans don’t even mention it.

Add to the harsh numbers outlined above the fact that most existing donors do not begin referring other prospective donors until they are truly comfortable with how they have been treated and kept informed. This can take 3-5 years.

Based upon the example above, that means only 10-64 of those 1,000 first year donors become stewards by referring others. By the way, more future major gift donors come from referrals versus most every other donor source!

All of the above hidden costs of poor donor retention add up to extremely large portions of most charity’s budget. Often, it’s only when they have been addressed to even a moderate degree that a charity realises just how big the impact is.

How about you and your charity organisation? Have you seen or tried to measure the impact of the four scenarios listed above? If so, please share what you have found. Meanwhile, grab some hints on how to improve donor stewardship.

Jay Love is CEO and co-founder of Bloomerang. 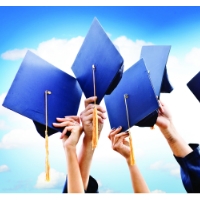 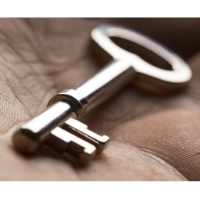 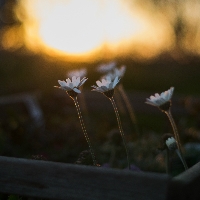 5 ways to boost your legacy fundraising