7 ways to deliver a mind-blowing &lsquo;elevator pitch&rsquo; for your cause

All Posts
Posted in How To Guides Communications

Honing the “elevator pitch” for your cause is vital; you never know when you might need it, says Helen Thirlway

The lift chimes and the doors ping open. You step inside and find yourself standing next to the one person who could make your dream a reality. You have two minutes, while the lift travels from the ground to the top floor, to convince them to invest in your vision.

In different settings – formal and informal, planned and impromptu – you never know when you’ll need to explain your cause quickly and in a way that’s both inspiring and memorable. But how do you do it?

The overall key is to make your ideas “sticky” so that people can grasp them quickly – and remember them long afterwards. Two consultant brothers, Chip and Dan Heath, examined this phenomenon in their book, Made to Stick. They wanted to understand why some ideas survive in people’s minds. The Heath brothers identified six principles of “stickiness”, to which we at the Management Centre have added a seventh to make the “SUCCESS” formula.

A successful defence lawyer says, "if you argue ten points, even if each is a good point, when the jury gets back to the jury room, they won't remember any”. We must be masters of exclusion to ensure that the most important messages remain unclouded. So strip your cause down to its essential core. Think of your favourite proverb. It’s likely to be a one-sentence statement that is simple and yet deeply profound.

How do we get someone to pay attention? Often the first job is to thwart expectations. This could be by tackling popular misconceptions or saying something counter-intuitive. Surprise is an emotion that can increase alertness and focus. So grab their attention with shock, disbelief or wonder.

How do we make our cause clear? One great way is using the senses. This is where so much business communication goes awry. Many “strategies” and “visions” are vague to the point of being meaningless. Sticky messages are full of tangible experiences because our brains are wired to remember the concrete and specific. In proverbs, abstract ideas are often expressed concretely: "A bird in the hand is worth two in the bush."

A good example of both “concreteness” and “unexpectedness” is a fundraising pitch from the British Film Institute. Much of its work involves transferring movies from old unstable nitrate-based stock to new digital media. Vital in preserving our cultural heritage, but hard to make engaging! We worked with the development director to help her present this in a concrete, unexpected way. She would ask a donor what his or her favourite old movie was. If it was, for example, Brief Encounter, she would then produce a strip of nitrate film from a tin and rub it between her fingers, allowing it to crumble into a pile of ash-like material on the table in front of her. After a shocked pause, she would say, “that’s what’s happening to the original of Brief Encounter right now. And to many other classic films”. The donor would look aghast and then usually commit, looking all the time at the distressing ash pile.

Facts and figures can give your pitch credibility. But make them simple and concrete, not abstract and confusing. For example, if your charity wants to expand its HIV treatment work, don’t say “our provision of paediatric treatment to neo-natal children is currently only reaching 80 per cent of those in need, putting them at risk of mortality”. Instead, say “without more funding for our work, one in five newborn babies may die”.

How do we get people to care about our cause? We make them feel something. People are more likely to make a donation to a needy individual than to an entire impoverished region or nation. We are instinctively drawn to feel things for people, not abstractions. The emotion you want to instill may vary. For instance, a study quoted by the Heath brothers found that it’s easier to get teenagers to quit smoking by stirring up their resentment at big business than by provoking fear for their health. Whichever emotions you focus on, make sure your pitch includes this vital ingredient.

Framing something in a narrative, particularly with sensory details, helps it stick. Think of the way the Bible uses simple, concise parables to share profound ideas. Hemingway once won a bet that he could write a story in just six words. The way he crafted those six words is a testament to his abilities: “For Sale: Baby Shoes, Never Worn.” Never underestimate the power of a simple, personal story.

We repeat ‘simplicity’ for two reasons: firstly, simple ideas are often profound, and secondly, in order to fix something in the brain, it’s helpful to repeat it in a memorable way, like an acronym. So when you plan your elevator pitch, think: SUCCESS. (Simplicity, Unexpectedness, Concreteness, Credibility, Emotions, Stories and Simplicity).

Helen Thirlway is a fundraising consultant at The Management Centre

This article first appeared in The Fundraiser magazine, Issue 14, February 2012 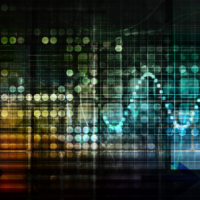 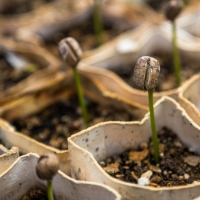 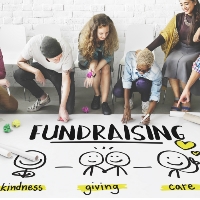