Do you mind being asked to donate?

All Posts
Posted in Ask the Experts Donor Management & Behaviour

Do you mind being asked to donate?

As charities seek alternative funding streams, it may only be a matter of time before donor fatigue sets in. The Fundraiser asked Londoners how they feel about being asked to donate their hard-earned cash.

I tend to feel quite guilty when I’m approached in the street, because I feel I should be giving more than I do. I hate having to tell them that I’m in a rush, or I can’t help them. It makes me feel really bad. But if I receive something on my terms, through the post or seeing an advert, then it does inspire me to give.

If I was going to give to a charity I would do it through an organisation on the internet, or by post. I probably wouldn’t give my details to someone on the street. I don’t think there is anything wrong with it, but the collectors do sometimes push you and it can be annoying when they literally chase you up the road. But I understand they’re just doing their job and raising money for a good cause.

I don’t really mind. My mum has multiple sclerosis, so as far I’m concerned the more money that goes to charity, the better. If they can make money, it’s all helping isn’t it?

I’ve been approached twice before in the street and I signed up to both charities, as I felt really bad and didn’t want to say no. I carried on giving for around six months until I realised that I couldn’t afford to do it anymore.

I’d like to give to charity again in the future, but would probably do it under my own steam.

You can feel pressurised. Often there’s more than one charity collecting, so it seems like you walk away from one collector and another approaches you. If you don’t have the money to donate there and then, it can be uncomfortable having to make excuses.

It’s much better if charities send you information in the post.

If it’s a sincere, tactful request that demonstrates the charity’s legitimacy, that goes a long way to convincing me to donate. It can be quite difficult to be sure exactly who you’re giving to.

Collections need to be optimistic in tone – in the spirit of giving being a positive thing, which is respected and the right thing to do.

Want to prevent donor fatigue? Read our 5 tips for making a friendlier ask. 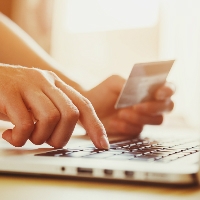 Is it better for charities to innovate, or imitate? 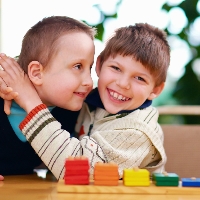 What does the word &lsquo;charity&rsquo; mean to you?