Why I&rsquo;m sold on Charity Twinning

Why I’m sold on Charity Twinning

I’ve worked in fundraising since 2001 and have been national legacy and recognition giving manager at Alzheimer’s Society since 2012. Throughout my career, I’ve always been struck by how great the third sector is at sharing information. However, I also knew there was still room for improvement – which is why I’m looking forward to taking part in the charity twinning initiative.

Over the last decade, I have worked for several charities, both large and small. I have moved from a large organisation where there were almost unlimited resources, to a small charity where the fundraising team consisted of just three people who covered everything from one-off donations to trust applications and legacy promotion. When I joined Alzheimer’s Society in 2007, we sat somewhere between the two; help was available, but you needed to know who to ask and where to find it.

Talent and commitment may exist in abundance across our sector but one of the major challenges facing smaller charities is the lack of resource available. This is precisely why we should be promoting best practice and communicating our experiences and learnings to one other. Of course, a one-size-fits-all approach isn’t necessarily right. Instead, we should be saying: “This worked for us, now let’s see how we might be able to adapt it so that it works for you”.

What’s so exciting about the twinning programme is that we will be able to look at the things that have worked for us at Alzheimer’s Society, and work with another organisation to fine tune them to fit their cause – and vice versa.

Skills sharing
In my role, I work strategically to ensure both legacy and in-memoriam income continue to increase – currently these account for nearly 50 per cent of the charity’s voluntary income. It’s this area in particular that I’m personally looking forward to exploring with my charity twin. We will be able to share what a good case for legacy support looks like at Alzheimer’s Society, and how our twin might go about implementing a legacy programme. We’ll also be looking at how colleagues, senior management and trustees regard legacies, and what we need to do to get the legacy message out to the wider team.

Smaller charities may feel that their legacy income is too small to make a difference to their income or to merit investment. I’d like us to work together to show that it’s not about investing huge amounts on free will schemes or advertising, but simple things like equipping your colleagues with the confidence to communicate that leaving a gift in a will is a great way to support their charity.

However, the charity twinning scheme isn’t just about the bigger charities helping the smaller ones. As well as passing on the advice I have learnt along the way, I believe there’s a huge amount of value in returning to a grass-roots level and it’ll be enlightening to discover what the twinning experience will bring to my own working practices.

Community spirit
The third sector has always been open to sharing information and experiences. You only have to look at some of the online special interest groups or attend a networking event to see that our industry is a thriving community of dedicated, passionate people who are willing to learn from each other. Charity twinning is a wonderfully simple scheme that will help to bring out the best in us. By signing up to it, I hope to promote this sense of community spirit among my fellow peers. After all, a problem shared can often mean a problem solved. 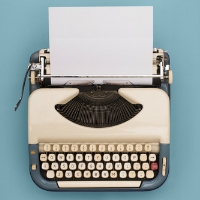 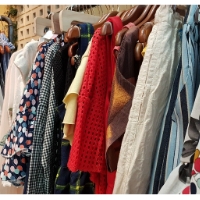 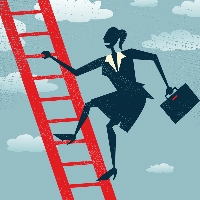