Gift Aid is one of the most generous fundraising incentives available, but it is complex and often confusing. Here we will clarify some of the more common sticking points.

What are the basic Gift Aid Declaration requirements?

This statement is usually covered by the words “all my donations, past present and future”, but other variations can be used, such as: “this donation and all future donations”, or simply just “this donation”.

Space here does not allow for a full and detailed description of this requirement, and you are advised to consult the approximate HMRC regulation. In particular, you should note that the wording has changed regarding the onus being on the donor, with effect from 6 April 2016.

The charity must be clearly identified in and by the Gift Aid Declaration. Although a logo can be sufficient, this is best done by providing the full charity name, address and charity number.

How far back can Gift Aid be claimed? 4 vs 5 years

So, if a charity has a financial year end of 31 July, and a donation is made in 1 February 2011, it has the remainder of that year (6 months) plus 4 years to 31 July 2015 to claim Gift Aid on that donation. So in all cases it is the charity’s financial year end which is the key date in determining the claim period.

When are signatures and dates required on Gift Aid Declarations?

HMRC Gift Aid regulations state quite clearly: “there’s no requirement for a declaration to contain a signature”. While many charities find a signature useful and feel it lends credibility to the document, it is not a requirement.

However, the use of a statement such as “all my donations, past present and future” avoids the need for any date on the Gift Aid Declaration.

In the last case, the charity may still wish to record the date, but this will be the ‘made date’ and will not affect the duration or the time periods covered by the Gift Aid Declaration.

How are foreign money and foreign donors regarded for Gift Aid?

One of the major criteria for Gift Aid is whether or not the donor is a UK taxpayer.

Provided the ‘sufficient tax’ criteria have been met (see previous question), HMRC do not care where the donor lives, or in what currency the donation has been made. HMRC’s only concern is whether they (HMRC) have received sufficient tax from that (taxpaying) donor, so that they can safely apply the expenditure of this tax to that charity.

The charity will receive the donation in the foreign currency, and convert it to the equivalent amount in sterling. This amount can then be included in the Gift Aid claim, and HMRC will pay the charity the Gift Aid tax refund accordingly.

When is a benefit allowed for Gift Aid?

One of the prime tenets of Gift Aid is that the donation should be “an unencumbered donation” - i.e. the donor should not get anything in return. In reality, HMRC allows the charity to give a small token thank-you gift, which is why donors sometimes receive a lapel sticker, mug, pen etc.

In this case, provided the values as set out in the HMRC Benefit Rules are not exceeded, the benefit is disregarded and Gift Aid can be claimed.

These rules can be quite complex, however, and so one of the easiest way of overcoming this is to split the benefit from the known value. So if, for example, there is a charity film evening where the ticket face value is known at £5, but attendees are paying £12, it is possible to split the amount into a £5 paid-for benefit, and a £7 voluntary donation. The £7 can then be available to Gift Aid (provided all other Gift Aid requirements are met).

What are the main changes to Gift Aid coming into effect on 6 April 2016?

HMRC are always very cautious regarding the potential misuse of Gift Aid, and will be introducing changes to the system to combat this, with effect of 6 April 2016.

One of the main changes is to the emphasis of the wording in the Gift Aid Declaration. HMRC have worked closely with the charity sector to simplify the wording and remove some of the previous text.

However, there is a little extra wording too - the Gift Aid Declaration now highlights the fact that the donor “understands that he or she is responsible for paying any shortfall”.

You should note also that HMRC have also altered the regulations relating to donations from sole traders, partnerships and limited liability partnerships (LLPs). 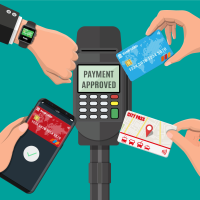 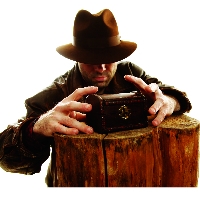 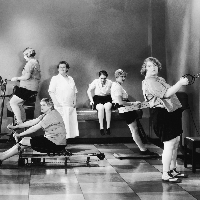 7 steps to becoming a stronger fundraiser