While other forms of fundraising are under intense scrutiny, charity retail is thriving. Robin Osterley highlights the benefits of running a non-profit retail operation, and shares his top tips for charity shop success

We’ve probably all been in them, either to donate the stuff we no longer want, to hunt for that quirky bargain, or to buy those unique gifts. We’ve certainly all seen them on the high street, and we all know stories of that incredible bargain that someone got – those Ugg boots for twenty-five pounds, that Versace dress for fifty.

But we might also have heard stories about how charity shops blight the high street, make places look run down, or are not as efficient as they might be. This article aims to put some context into all of that, and to show just what a blessing the UK’s culture of charity shops provides to charities, communities, economies and the environment.

Charity shops are there to make money, no doubt about it. If they are not providing financial resources to their parent charity they will quickly be closed and effort will be applied elsewhere. In fact they do a fantastic job at providing those resources: our estimate is that around £270m in profit is provided to charities each year by the retail network. This is money that simply wouldn’t go to the charity otherwise: if you didn’t donate that Versace dress which was destined to make fifty pounds you almost certainly wouldn’t make an equivalent donation to the charity. It’s largely unique fundraising income and can’t easily be replaced by additional legacies or fun runs.

But it would be wrong to think of charity shops simply as cash cows. They are so much more than just profit making enterprises, and this is why they are so hugely important to those charities that run them. Let’s look at a few ways in which non-financial benefits arise from having a retail network.

Charity shops provide visibility on the high street and elsewhere. Most charity operations are somewhat hidden from public view, unless the charity concerned is lucky enough to be able to afford – and justify – substantial marketing budgets. How brilliant to be able to have your charity’s name out there in front of the public on a permanent basis – and how superb to be able showcase your charity’s activities right in the middle of town?

They offer opportunities to provide services on the ground. Aligned to the above, some charities have been going further and actually using their retail estate to deliver services in the community. As an example, Friends of Cathja, a West London mental health charity, set up a shop and community hub in Brentford, west London, which provides a space for local people to discuss their issues with members of staff. The staff can then refer people to sessions at the charity’s main centre, or they can suggest professional mental health services which could help. Friends of Cathja have also opened up their hub to any other local charities or organisations which would like to use it for similar purposes.

They provide opportunities for like-minded people to meet and give something back. Our latest research (not yet published) shows that 95% of the almost quarter of a million charity shop volunteers agree that volunteering has provided an opportunity to socialise and meet new people, and 92% say they benefit from a sense of belonging to team. What other retail enterprise can offer such real and significant benefits to people in the community?

They provide huge numbers of sustainable and high quality jobs. 22,000 people are employed in the charity retail sector, but one of the most significant features of that employment is its stability. A third of managers have worked in their current store for over five years, and half of these have worked there for over 10 years, which compares favourably to average job tenure at an economy-wide level (which the Resolution foundation estimates to be 5.4 years).

They offer amazing opportunities to those looking to get into work, or to improve their skills and confidence. Roughly three-quarters of volunteers think that their role has improved their self-esteem and confidence and improved their physical and/or mental health. Skills development is also widely experienced, with a similar proportion saying they have gained new skills as a result of volunteering. Significant majorities also agree that these skills are relevant for the wider labour market, with around two-thirds saying that they have benefitted from gaining general work experience and retail experience respectively.

They provide unique and substantial environmental benefits. It is not widely known that around 90% of all goods donated to charity shops remain above ground, ie do not end up in landfill. Not only does this save local authorities around £27m a year in landfill tax, but it also saves around 6.9m tonnes per annum of CO2 emissions. This is material that, if simply disposed of, would not only cost local authorities to collect from households, but would also worsen their recycling statistics and cost them money in landfill tax. No other retail sector can provide these kinds of benefits to the environment.

They play their part in the revival of the high street. In strong contrast to the argument that charity shops clutter up the high street, our research shows that the reverse is true. This is a sector which has been professionalising rapidly in the last few years, providing unique and different retail opportunities in the form of boutique and retro shops, incredibly high-quality visual merchandising, and a genuinely different offer to the monoculture of many of our high streets. As just one example, Haven House Hospice’s Leytonstone branch was voted runner-up in TimeOut’s Love London Awards, beating competition from other for-profit independent retailers. This is no longer an uncommon picture, and similar examples of very high-quality charity retailing can be found in almost every town.

In many ways, therefore, charity retailing is a very acceptable face of charity fundraising. Not only is there nothing not to like, but there is a huge amount to be gained in all sorts of peripheral ways which might not be particularly visible at first blush. And this is reflected in the fact that, in a very difficult trading climate with all sorts of pressures on town centres, charity retail is still growing (an increase of around 2% of shops per annum) and is still thriving.

If there were no charity shops, the only results would be a loss of income to charities, a loss of opportunities within the community, an increase in environmental concerns, and a large increase in vacant units in town centres. Fortunately this is nowhere near coming true;

in December 2016 charity retail had one of its best trading months ever, in contrast to the commercial retail sector. People love charity shops, whether to buy in, to donate to, or just to keep the high street vibrant.

Robin Osterley is chief executive of the Charity Retail Association 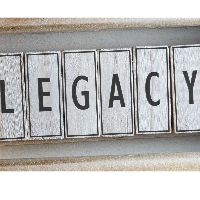 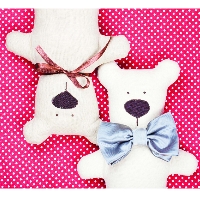 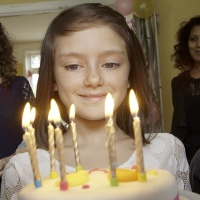