The first two charities to be paired up in the pilot Charity Choice twinning scheme report back on their first month of collaboration, and show how much has already been achieved in a short space of time

Times have been hard for charities of all sizes recently. With resources pushed to their limits, the continuous learning that helps to make better fundraisers can sometimes seem like a low priority. Charity Twinning is a new scheme developed by Charity Choice that aims to change this. Large and small charities are paired with one another to share their skills and knowledge, enhance their fundraising and face the challenges together.

Alzheimer’s Society and Hope for Children were the first charities to take part in the twinning scheme, and they made legacy giving their focus. Here, they discuss what they learned from each other in the first few weeks of working together, and share tips that any charity can use to improve their legacy programme.

Hope for Children was founded on a £5,000 legacy in 1994. The charity had, therefore, always known how much of an impact a legacy can make, and it was something the organisation had wanted to build into its fundraising strategy for a long time. However, it had always struggled to get this income stream up and running: having only 12 staff meant that resources were tight.

Before beginning discussions with Alzheimer’s Society, the charity hadn’t realised how simple it would be to implement a basic legacy ask – positioning legacies on an easily accessible place on the website, for example. “Amanda explained that it was important for the charity to have a dedicated section on its website for legacies, so that this can be the primary portal for any potential legacy donors to interact with”, said Chris. “When people are looking specifically for the information they need to take to their solicitor, you have to make it as easy as possible for them to find it, thus making it as simple as possible for supporters to give in this way.”

Of course it takes time to make any kind of changes on a website, so while Hope for Children was putting together its plans to include a legacy giving section on its own site, it made an immediate start by adding a ‘Gifts in Wills’ page on its Charity Choice microsite. “Carrying our legacy programme over onto different platforms in this way will help to make it an integral part of our fundraising strategy”, said Chris. For small charities, this is a really easy way to get a legacy programme started without making a big investment of time or money.

The two organisations also talked about how the subject could be introduced in Hope for Children’s e-newsletters. “By having regular yet small and consistent messages, you can introduce the subject of leaving a charitable gift in your will. This means that by the time you feel it’s right to send out a more direct ask, your supporters will have had exposure to the idea and will feel more open to it”, Amanda explained.

As discussions between the two organisations deepened, the idea developed to interview the founder of Hope for Children to find out more about the £5,000 legacy upon which the charity was established. “We felt that if we could connect supporters to our history, not only would it further connect them to the cause, but it would also demonstrate how much of an impact a legacy can have on a small charity such as ours: that initial £5,000 has turned into 70,000 children being helped each year”, said Chris. This content has now been added to the charity’s website – again, this was free and easy to do.

Only a few weeks after their initial meeting, Amanda was impressed to see how much had been achieved in such a short space of time. “Chris had made amazing advancements, having met the founder, done lots of work on how the webpages would look and making it easy for people to find the information they’d need”, she said.

Through many years of experience, Alzheimer’s Society has learned the importance of ensuring that the legacies department does not operate in a silo, and that staff throughout the organisation are aware of the importance of legacies and how they fit in with the organisation’s overall vision and strategy. “It’s vital to find out how your staff and volunteers might feel about the legacy promotion, and to think about how any worries can be alleviated through the use of personal case studies and workshops”, said Amanda. “In a large organisation, achieving this joined-up thinking can take a long time, but for Hope for Children, with only 12 staff, it would be much quicker and easier – one of the benefits of being small.”

To help establish this kind of joined-up thinking, Chris is now planning to hold a workshop with all the Hope for Children staff to promote legacy giving to them. Amanda will co-lead this with him, providing her valuable insight into why legacy income is important, how it works and how it fits in with the smaller charity’s mission. “Following the staff-centred workshop, Chris should have the knowledge and confidence to then adapt it for focus groups and volunteers”, said Amanda.

It’s still early days for this partnership, but Chris and Amanda intend to carry on meeting regularly in the future. “The work we’ve done so far is not intended to be a quick-fix exercise, but rather the start of an enduring partnership”, said Amanda.

Hope for Children’s ultimate aim is to establish a long-lasting legacy strategy, and the two organisations have already started talking about longer-term plans and what could be held over to progress in the future, such as focus groups, implementation of legacy fundraising internally, and the creation of specific literature to really help understand Hope for Children’s audience. As the period between last will and death is approximately five years, Chris is not expecting instant results, but is instead concentrating on laying the foundations for Hope for Children’s legacy income to increase over the next five to ten years.

For Amanda, talking and sharing with Chris has both inspired her and given her the confidence to revisit the society’s own processes of engaging with colleagues and supporters, making sure the messages are consistent, and that its regionally based legacy fundraisers are still confident in how they are communicating legacies to the wider public. “Sometimes just voicing ideas and possibilities can help you look at something in a completely different way”, she said.

“We were delighted when we were given the opportunity to work with Amanda Pearson, the national legacy and recognition giving manager for Alzheimer’s Society, whose experience in legacy giving has grown this income stream within the charity from £6.8 m in 2007 to £12.7 in 2012.

“Working with Amanda has been a fantastic and rewarding experience. There is so much we can learn from organisations such as Alzheimer’s Society; it’s been great to see behind the scenes of a large organisation, understand the differences between us, and find out why they are so good at what they do.”

“The charity sector is great at sharing skills, and legacy teams are some of the best at doing this. I was really excited to be twinned with Hope for Children as, like Alzheimer’s Society, they’re a forward-thinking charity and are very receptive to exploring new ideas. I was keen to make our experience an equal partnership, so from day one I made sure we worked together and that it wasn’t just a case of me telling them what to do.

I was impressed by Chris’ skill in working out how things could be adapted to suit a different audience, and seeing how what we’ve done at Alzheimer’s could be scaled down to meet Hope for Children’s needs and budgets.”

To see how legacies have been incorporated into Hope for Children’s website, visit www.hope-for-children.org or look at the legacy option on their Charity Choice page at www.charitychoice.co.uk/hope-children-10685/leave-a-gift-in-your-will

This article first appeared in The Fundraiser magazine, Issue 32, August 2013 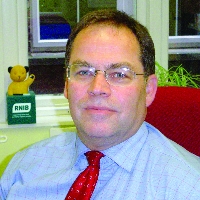 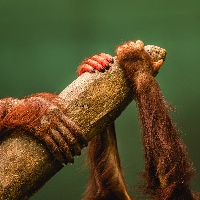 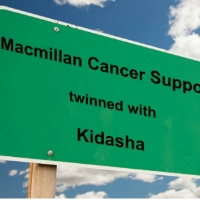