Getting supporters on board with community fundraising

Getting supporters on board with community fundraising

It can be challenging, but if done successfully community fundraising can be a vital source of funds, says Cancer Research UK’s Lisa Aubrey

Cake sales, rowathons, cycling from London to Paris, auctions and raffles. Community fundraising activities can come in many shapes and sizes – from large participator events to smaller activities to collecting sponsorship while you take on a challenge.

As I write this, I’m beaming from a successful fundraising dinner I volunteered at last night – an example of community fundraising at its very best. An experienced committee of ladies whose connections meant there was a lot of wealth and generosity in the room. A prize that was offered in the auction as a priceless experience and a bidding war that unfolded to a lucrative close. A fundraising target well and truly smashed.

Community fundraising relies on individuals using their passion and skills to raise money for the cause they believe in. I like to think of it as ordinary people doing extraordinary things. Many respond to something happening in their lives that has made them want to give something back or indeed help the cause that is now close to their hearts or have responded to a campaign. On top of the immediate financial gains, community fundraising also has other benefits such as local promotion and charity ambassadors creating trust and a local presence of the charity.

Putting in the hours

Organising an event in the local community can take up a lot of time and resource. It requires a group of people or an individual to plan and run an activity that people can sign up to, take part in and raise money for doing so. Planned well, these events can be lucrative.

The ideal community fundraisers are those that have taken time to think about how they are going to raise money, and what they need to make it happen. They are ambitious, yet with realistic expectations, and they know what support they need from the charity. Some people do not know what they want to do, though, and it’s our job to get them there – they simply may not know what help is open to them.

What information do you want to get from that conversation? Writing a list of the questions you need to ask can make the time spent with that supporter as productive as possible. Two good questions to start with are: “Why are you supporting the charity?” and “Have you done any fundraising before?” Once you start to learn more about their plans, finding out who could help them with their fundraising will help to establish their networks, how they fit within their community and where they work. If they have strong networks, it will often lead to a more successful event.

Go with your gut

Asking the right questions will help you decide how much time you should invest in that individual – but a gut feeling counts for so much too. Whether that feeling is telling you this is going to be something special, or that this person’s best interests lie outside charity, it’s important to listen to it: it can save you a lot of time and frustration in the long run.

I have a vivid memory of speaking to a supporter who thought I had Simon Cowell-like powers and could turn her daughter into a singing superstar. If I did, she insisted, the charity would benefit from the profits made on her daughter’s debut single. She soon lost interest, however, when she realised our connections were not going to be able do that. As funny as situations like this can be, they can also be very time-consuming.

The ability to say no, therefore, is one of the most powerful tools a community fundraising professional can have. However, I still observe uneasiness in fundraising professionals to do just that. For some professional fundraising staff – driven by targets, their passion for the role, and their belief in volunteer fundraisers – it feels wrong to say no to any supporter. It has to come back down to asking yourself: “Is the help you are able to give this supporter going to be in the best interest of the charity?” If that’s too difficult a question to answer, try thinking of your salary per hour: would it be the best way to spend the charity’s money?

You can always offer basic level support to fundraisers, providing them with branded fundraising materials. Be open in discussing the plans for how much may be raised; having a target in mind will give supporters focus and drive ambition. Beware, though: targets are not for everyone.

Once you have the people in place, the next step in organising an event is to produce a local marketing plan. This should be aimed at the target audience and attract people to volunteer, take part or donate prizes. Using social media effectively can also support this. It’s crucial that costs are planned for and that cost ratios are kept low. If participants of the event are collecting sponsorship, don’t forget to make sure they are collecting Gift Aid.

The organisers should also be communicating regularly with each other; it’s crucial to be clear on who is doing what. My own experience has shown how this can be the biggest challenge to delivering the event.

When passionate people come together, there will always be conflicting opinions. A clear and authoritative leader role can help to make this process easier. Give the leaders the support and time they need: it can be a priceless investment.

If your attendance is required at the event, make sure you have a role to play. It may be that you need to deliver a speech, collect a cheque or co-ordinate the volunteers. Agree these beforehand so you plan ahead.

Local businesses form a big part of any community. Don’t ignore them. For fundraisers, they offer an exciting opportunity to grow your portfolio.

First, you will need to decide if the relationship is with the company or one of its employees. If it’s the former, try to understand the business objectives of the company so you can look for synergies.

A partnership I respect is that of the Samaritans and Network Rail. Suicides are one of the biggest challenges that Network Rail faces; by working with the Samaritans, it is aiming to reduce suicide rates in the UK by 20 per cent. This is an example of a huge partnership, of course, but the principles apply equally to smaller charities and businesses.

Once a supporter has completed their fundraising, it’s important to find out how their fundraising went and to thank them for their efforts. Deciding how to reward and recognise fundraisers is a key part of the job and one that needs consideration. It can be as simple as a ‘thank you’ letter or as comprehensive as showing them firsthand how their money is being spent. Either way, it needs to be appropriate for that supporter and reflect their level of support to the charity, or their level of potential. Effective thanking can ensure that a supporter is felt appreciated and motivated to keep supporting the charity.

Keep your supporters inspired and motivated. The long-term benefits of community fundraising lie in continued loyalty from supporters raising money and becoming ambassadors for the charity. The planning you do now for a supporter’s journey will help keep them engaged with what the charity is trying to achieve and help them to see how they fit into that. Newsletters that inform them of developments the charity is making, along with details of what other supporters are doing to raise money, are a good way of doing this.

You may also find that you need the support of others within the charity to help you. An opportunity to meet someone senior, such as a director or chief executive, may also help to further engage a supporter.

Whether it’s as individuals, groups or local businesses, community fundraising is ultimately about people raising money for a cause they believe in.

Each supporter will be different, so try to learn from all these experiences. Evaluate key fundraising activity by asking yourself and supporters: “How did it go?” and “What could you do better next time?” Document everything so that, if and when you start planning again, you have a reference point to help. 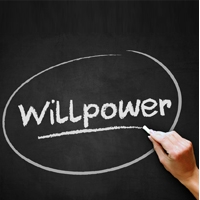 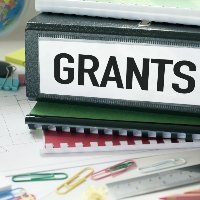 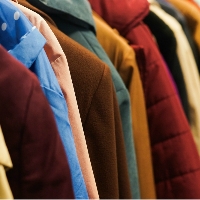