The problem with lotteries

The problem with lotteries

The Health Lottery has sparked investigations by the Gambling Commission and the Advertising Standards Authority since its inaugural draw in October. Keith Whitham puts forward the case from local hospices

Immediately after the new Health Lottery’s first draw on 8 October, there was a wave of concern from charities already working in the health sector at a local level, particularly those that already run their own society lotteries. At the forefront of this criticism, and the call for a boycott of the new lottery, have been local hospices.

The Health Lottery was set up by the media tycoon Richard Desmond and is licensed by the Gambling Commission. It is composed of 51 separate local society lotteries and community interest companies that cover 51 regions of the UK, which have been created along similar boundaries to local authorities.

Society lotteries cannot be run for private gain and the ethos is that they raise the most money possible for good causes and spend as little as possible on admin and prizes. But the Health Lottery gives the impression of being a commercial venture, with all the means of promotion that you would expect – national TV advertising, a televised draw, celebrities and extensive poster and print advertising; not to mention the publicity in Desmond’s newspapers, such as the Daily Express and the Daily Star. Tickets are sold via the major supermarkets, who receive a five per cent commission payment.

The two main issues for me are the amount ending up with good causes, and a wrong impression being given to players. Only 20.34p in every £1, which is almost the minimum allowed by law, will be donated to good causes. That compares with 28p in every £1 from the National Lottery and an average of 50-60p in the pound from local hospice lotteries. Nearly the maximum of 80 per cent is being used for the commercial costs, promotion and prizes, which enables the new lottery to offer winnings of up to £100,000 – far beyond what a normal society lottery would be able to do.

The Hospice Lotteries Association consists of 116 local hospices across the UK which run their own local lotteries. It has expressed concerns as, collectively, hospice lotteries already raise £48m a year. Each one is its own locally run and administered organisation. The average association hospice has 8,000 members, with the highest being 39,000. And the money goes directly towards hospice care in the local community, so players can rest assured that their money is being well spent in their own area.

David Praill, chief executive of Help the Hospices, the national umbrella charity representing hospices, said: “In these already challenging times, we are very concerned that this new lottery could have a serious impact on the vital funds generated by the hospice lotteries that take place every week across the UK. Hospices are local charities rooted in the communities they serve, and although hospice care is free for seriously ill people and their families, it is not free to provide, and collectively hospices have to raise more than £500m every year.”

Point of sale publicity just says ‘local’, but there is a lack of clarity which could lead to misunderstanding. What does ‘local’ mean? The assumption may be that it is local to that area. But each of the 51 society lotteries is only likely to be the recipient of funds a couple of times a year for allocation to projects in their area, unlike other truly local society lotteries, where all profits go to a specific local cause, every time. Okay, anyone can go on to the website and see the information, but it is at the point of sale that information needs to be explicit. Otherwise how will players ever be sure exactly who their money will be supporting?

It’s no wonder that the Gambling Commission are now looking at the basis on which these 51 separate society lotteries, combined into one national brand, have been set up. The National Lottery Commission have been asked by the department of culture, media and sport to investigate its potential impact on the National Lottery and Sir Stephen Bubb, chief executive of ACEVO, has written to retailers expressing his concern that sales of the new lottery tickets will result in fewer people buying tickets for the National Lottery and therefore less money reaching good causes.

Some might just see all this as charities protecting their interests against a newcomer, but is everything being run on a level playing field? Is regulation being applied fairly to all those who run lotteries for good causes and charities?

Personally, I like to know exactly where my £1 is going, and how much of it actually ends up supporting charity. Twenty pence in the pound is just not good enough for me.

Keith Witham is director of fundraising for St Raphael’s Hospice

This article first appeared in The Fundraiser, Issue 12, 2011 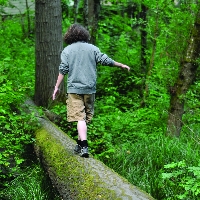 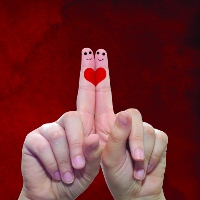 Why you should make friends with your finance director 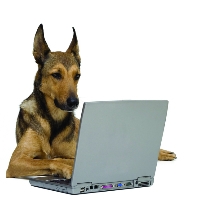 Clean your data or lose your donors!