Getting to grips with big data means charities can understand their supporters and communicate more effectively – and it doesn’t have to cost the earth, says Ben Smith

The concept of big data – the huge volume of data that our increasingly digital and traceable lives generate – can be intimidating to small charities. And for those struggling to keep afloat in a crowded and uncertain market, worrying about it is simply not a priority. But big data can be just as relevant for smaller organisations in the sector as it is for larger ones.

Firstly some reassurance; smaller charities that are worried that they are ill-prepared to withstand, let alone benefit from, the predicted tidal wave of data threatening to engulf us, are not alone. A 2012 report by the Economist Intelligence Unit (The Deciding Factor: Big Data and Decision Making) found that 55 per cent of global executives felt that the management of big data was not viewed strategically at senior levels of their organisation.

In fact, smaller charities are actually in a strong position when it comes to experimenting with the potential of big data. Not only are they likely to have fewer of the issues that plague larger charities, whose data is often fragmented and held in silos, but they can be more nimble in their approach, able to experiment with systems and technologies in ways that larger organisations may not be.

Budget limitations aren’t necessarily a barrier either. Organisations looking for cheap solutions will find an ever-increasing range of low-cost, and even free, tools available that offer a way to access, store, and analyse large volumes of data. One of the best examples is the statistical program ‘R’, which is popular among many of the organisations most associated with big data, including Google and Facebook. At the root of its popularity is the fact that it is open source and therefore effectively owned by its community of users, who constantly work to modify and improve it. And of course, being open source, you don’t have to work for Google or Facebook to be able to download it and use it for free.

A simple way for charities to think about big data is to look at what it means in terms of their ability to do their charitable work more effectively. After all, what this deluge of data represents is the opportunity for charities to understand the behaviour of their supporters like never before and to use this knowledge to communicate in the most timely, relevant, and effective ways possible.

The benefits of this supporter-focused approach to communications will be felt across all areas of a charity’s work. From fundraising to campaigning or service delivery, the impact will be much easier to measure, attribute and assess, and it will help organisations become more efficient when spending donors’ money, as well as more effective.

Open data can help here too. We all now have access to the vast tracts of data that governments (and others) are making available, ready and waiting for charities to mine for insights that could help them assess and improve the impact of their charitable work.

Knowing how to use data smartly is key to exploiting this potential gold mine of information about the behaviours and preferences of your supporters. It’s not just about the data, it’s about the interpretation, translation and practical use of that data. And that involves people.

Although technology is making it easier to access and analyse this data, the lack of people with the sufficient skills to truly exploit its potential is a problem. The same Economist Intelligence Unit survey found that 51 per cent of respondents consider the lack of data specialists one of the key impediments to integrating big data into their organisation’s decision-making processes.

While small charities almost certainly won’t have the budgets for data specialists, there are more and more examples of talented individuals who are willing to share their skills for free to help charities. The New York-based organisation Datakind (www.datakind.org) recently organised an event in London where data scientists collaborated with charities for free in an intense burst of data exploration and problem solving.

Charities also have an intrinsic advantage; people believe in what they do and want to help. Cancer Research UK’s recent foray into citizen science is a great example of how organisations can harness this (www.cancerresearchuk.org).

While the rise of big data brings a host of challenges that organisations must confront, including concerns around privacy, the opportunities it brings need not be restricted to large organisations with large budgets. Small charities with open minds can tap into the benefits too.

Ben Smith is data planner at The Good Agency

This article first appeared in The Fundraiser magazine, Issue 28, April 2013

Making every interaction count: an interview with Anna Hessenbruch

4 ways to market a charity fundraiser without breaking the bank 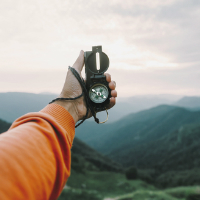 This is a great article, Ben. I must say I completely agree with you here!

Small charities are arguably in a better position than the larger, more established nonprofits; they certainly don't stand to lose as much in some respects.

There's a certain level of trust in nonprofits that they need to protect for the long term, and taking the utmost care to only do what they promise regarding people's data is paramount. Until such challenges are addressed, it's a very risque area for the larger, more reputable organizations.