Although supporting fundraising is part of the ‘job description’, generously giving their own money to the cause is not mandatory and, for many charity Boards it has become a touchy subject…

Trustees in the United States are expected to give a donation to the charity that they work with as standard, however, there is nothing in the Charity Commission CC20 guidelines that prompts UK trustees to follow suit.

To be a trustee of a major American charity often requires six-figure patronage. However, the desire for British trustees to take similar action, can lead to some behind-the-back discussions and ill feeling and, in some circumstances, an ‘out of the blue’ request that puts trustees on the spot. I’ve attended Board meetings where the trustees who are not giving have been publicly named and shamed, and other meetings were trustees were told there was the expectation of a £10,000 donation without any prior discussion or preparation. The awkwardness of both approaches can make for a troubled Board.

In this tough financial climate, with competition for funds at a peak, engagement in fundraising by trustees can be the difference between success and failure. However, there’s more than one school of thought about demanding that trustees should be donating themselves.

Why should they donate?

A donation demonstrates the trustees’ passion and commitment to the charity. Giving their time is important but supporting financially reveals a different sort of allegiance. A trustee’s donation acts as a vote of confidence and support to the charity’s overall fundraising effort. It also gives the trustees first-hand experience of how their charity engages with its supporters – and mystery shopper-style donation can be a great way to examine the fundraising processes. Ultimately, the most powerful argument for trustees to donate is how this will be perceived when they meet other funders and, in turn, ask for donations.

However, there’s another way of looking at this. Trustees already give their valuable time to a charity, and, according to the Charity Commission 2017 report Taken on Trust, the value of their time can be estimated to be £3.5bn, UK-wide per annum. In 80% of charities, trustees play both a governance and an executive role – isn’t that more than enough to ask of them?

Asking trustees to donate their own money could lead to conflicts of interest if the trustees that give feel that they have more say about how their money will be used. Trustees could wield undue influence, in return for a sizable donation, and that could bring an imbalance to Board decision-making. Keeping the Board dynamic healthy and allowing all trustees an equal voice is important. One trustee shouldn’t be more important than another because they’ve opened their wallet.

We have been working hard with charities to help them achieve diversity and inclusion on their Boards. Insisting that trustees donate, could turn away some of the people that we urgently need represented, including the younger trustees and those from disadvantaged backgrounds. The Trustee Leadership Programme is tasked with encouraging a better culture and attitude in relation to trustee giving, working with the following guidelines:

Perfect your policy – Don’t be unclear about your charity’s policy on trustee giving. Check your chair’s view – you will need them on your side. Decide as a Board if all trustees should give donations or if they should support fundraising but not give. Be open about your policy to any prospective trustees.

Don’t set the bar too high – Developing fundraising culture often requires small steps, if you do require your trustees to donate, consider suggesting a start point of an amount that matches your ‘friends of’ or members programme. In this way there’s a level playing field which is fair and gives the Board a way to demonstrate that they are all engaged in the fundraising effort.

Try a confidential approach – Work through your chair to gather donations according to means. One of my favourite practices is when the Board becomes a major donor as a collective. The chair manages the process confidentially with Board members give according to their means. For some trustees it might be £5 and for others £500, but it’s an amazing endorsement of a charity if the trustees are able to collectively support fundraising as a team.

Make donations appealing – Tap into your trustee’s passions and contacts, it will make them more likely to enjoy the process. One of the most successful fundraising trustees I know has brought his love of wine to fundraising. He now runs a yearly wine-tasting evening for an arts charity which is a hot ticket on the annual events calendar.

I often find that trustees want to help more with fundraising, but they are not given specific actions, or a clear outline of what’s required of them. Be absolutely clear what tasks they can help with and how their donations fit within your policies and goals. If expectations are clarified, then any awkwardness can be put to one side. They’ll thank you for it.

Written by Michelle Wright, founder and CEO, Cause4 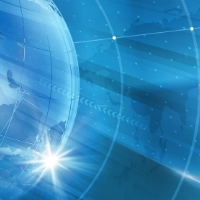 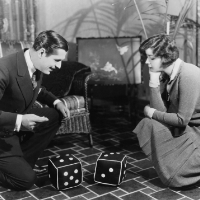 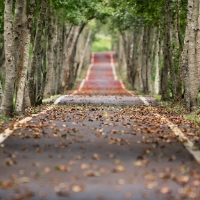