Income for community groups is falling, but sustainable funding is out there for those willing to adopt a more business-like approach, says Russell Hargrave

I have worked for three charities in my career, as well as volunteering with another four and raising money for a few more still.

They all have one thing in common (apart from my largesse, of course). Whether local or national, saving an old library or caring for the sick, each was worried about where the next injection of cash was going to come from. This is hardly a surprise. The latest data on charity income shows income rising a little for mega-charities (the massive household names with £100m or more in the bank), but for everyone else it has dropped or – at best – flatlined.

Put simply, stark social challenges remain yet the resources for charities to deal with them is down. This is the long-term trend and it isn’t about to change.

That doesn’t mean that there aren’t big philanthropic gifts available out there for community groups. But there is a trend towards funding civil society in a different way, and supporting a new way for groups to do business.

The independent trust where I work, Power to Change, has just totted up the value of the money we have invested in local organisations through one of our keynote funds in the last year: more than £10m.

This money is targeted at community businesses, these being charities (or indeed private enterprises) that have deep roots into their local area and which, crucially, put trading at the heart of their operations so that they can invest more money in doing good locally.

We exist to strengthen this market, through support and advice as well as cash. And this is part of a bigger picture, of philanthropy opening up for community groups who want to be a bit more business savvy.

It has been encouraged, in one way, by my former colleagues at the consultancy New Philanthropy Capital, which has spent 15 years matching up charities with funders where both parties are committed to demonstrating the solid impact of their work. This requires a more market-oriented culture than most charities are used to, in order to answer questions about the social return a philanthropist can expect for their (large) donation.

But if this is a way to nudge local groups towards a more business-like outlook, government is also in on the act. Here, too, officials have tried to connect larger charities with various social investment models, where investors will need to see a robust business model before any money is made available.

The results of the social investment drive have been patchy, but there is no question that the money and the intent are there. As old-style, no-strings-attached grant funding shrinks away for local groups, this is one of the things emerging to replace it.

I know this will be controversial to some. It tries to corral civil society into closer contact with market and profits than some would choose. For some in the charity sector – possibly the majority – profit margins conjure up a distant world of private finance, with its portents of inequality and even exploitation. It isn’t merely that the aims of civil society are thought to be different from those of markets; civil society is assumed to be a way to correct the social damage that profits encourage.

That is a fair view to hold. It goes without saying that charities can choose whichever funding route they wish, and plenty of groups can and do thrive thanks to small donations and small pots of local money. (The role of money dispensed through local councillors at ward level is under-appreciated by many commentators).

But it will be tough for civil society groups to flourish in the long term if they turn their back on philanthropy linked to new, sustainable business models.

The big win for everyone involved if this takes off – the funders, the community businesses, the local areas they serve – is that we end up with charitable work which is embedded in area, can finance many of its own activities, and is genuinely community led.

There has been so much noise around devolving more power to local people in recent years, from Michael Gove’s school agenda to last month’s elections of a new batch of big city metro mayors. But we are still not quite there on taking the final leap. Control is still hoarded by local authorities and their officials, rather than people on the ground.

No one knows a local area better than the people who live and work there. This is a bit of a mantra at Power to Change – our very own ‘strong and stable’, if you like – but we say it a lot because we mean it. It is local people who will build the sustainable ideas and plans to help their communities negotiate whatever lies ahead. If this is the way in which philanthropy for local groups is heading, then we are proud to be part of it.

Russell Hargrave is press manager at the independent trust Power to Change, and a columnist for Third Sector Magazine 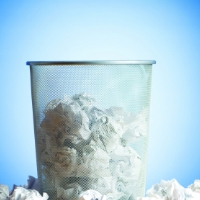 10 ways to stop your grant application from being binned 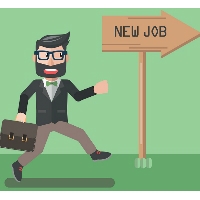 Changing jobs? How to cope with moving to a different cause 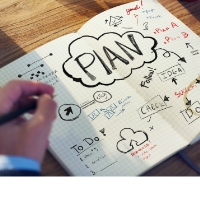 Trust fundraising: get prepared for success