Restoring the reputation of face-to-face fundraising

Restoring the reputation of face-to-face fundraising

Face-to-face fundraising, or ‘chugging’ as it is often disparagingly called, is something of an enigma. While it continues to garner negative press coverage, such as the recent exposé of Tag Campaigns in the Sunday Telegraph, it remains one of the most successful fundraising techniques being used by charities today.

We’ve all heard people complain about street fundraisers, yet a record 863,407 new donors were signed up through street and door-to-door fundraising last year.

With such conflicting perspectives and an increasingly negative media fanning the flames of discontent, it’s time to face the facts.

The Public Fundraising Regulatory Association (PFRA) estimates that face-to-face fundraising raises £130m a year for UK charities. 18 per cent of all donors currently giving by direct debit and standing order were recruited through face-to-face methods. The estimated rate of return (ROI) over five years translates to a £2.50 return for every £1 spent.
Despite high attrition rates (roughly half of donors recruited via face-to-face methods stop giving within 12 months) collectively these donors provide regular, unrestricted funding in the long-term. This is crucial to charities trying to plan for the future in these uncertain economic times.

Face-to-face fundraising has also bucked the broader trend in fundraising, with giving levels via this method increasing throughout the recession – and 2010/11 was the most successful year since 2003/04.

It is also an incredibly effective method for recruiting the hard-to-reach 20- and 30-year olds. Those in their 40s and 50s tend to react better to direct mail asks, but younger people seem to relish the contact with a fundraiser who can convey their passion for a cause in a more personal manner.

There are of course some well-publicised downsides to the method. While many charities are beginning to bring their face-to-face fundraising activities in-house, the majority is carried out by profit-making commercial agencies that fundraise on a charity’s behalf and take a fee per donor recruited. Some members of the public object to this.

The personal nature of face-to-face fundraising is also a problem for some. It cannot be denied that being approached in the street (or on your doorstep) and being asked for money has the potential to aggravate some people.

Furthermore, it has been claimed that the number of face-to-face fundraisers on Britain’s high streets is actually damaging local businesses, causing people to cross the street to avoid interacting with fundraisers.

If you read many of the media reports you could easily be led to believe that every man and his dog is actively avoiding the high street and their favourite shops, deterred by over-zealous fundraisers. But this claim is not borne out by the number of complaints that charities have reported receiving. The Fundraising Standards Board (FRSB), which collates the fundraising complaints that member charities receive each year, reported just 1,098 complaints about face-to-face fundraising in 2011 against nearly 42 million solicitations, which amounts to just 0.015 per cent of all interactions.

It must be noted, however, that the number of complaints that charities report cannot be relied upon as a barometer of the public mood regarding face-to-face fundraising. This is because there is not yet sufficient public awareness of the self-regulation and complaint mechanisms the sector has in place, as Lord Hodgson pointed out in his recent report on the 2006 Charities Act.

At the same time, we cannot rely on the sensationalist media to paint an accurate picture of public perception.

Playing by the rules

In essence, the problem is one of a minority of fundraisers not abiding by the Code of Fundraising, as well as a regulatory and complaints system that is not widely understood by the public.

It follows that by tightening up the relevant code and providing better training and stronger monitoring and regulation, it should be possible to stamp out this bad practice.

Furthermore, reforming the system of self-regulation in line with Lord Hodgson’s recommendations will result in a simpler mechanism that can be better broadcast to the public.

The next step will also include working closely with other stakeholders in the sector, such as the PFRA and face-to-face fundraising agencies, to ensure that this vital and successful fundraising method continues to be effective, while addressing public concerns.

Ollie Williams is policy & codes officer at the Institute of Fundraising

This article first appeared in The Fundraiser magazine, Issue 20, August 2012 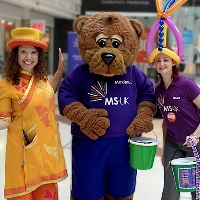 The value of marketing for charities