Richard Turner from SolarAid reflects on how the charity focused its attention on the donor experience, and on leveraging 'social capital' to achieve its mission

Five years almost to the day I started at SolarAid, a small but enterprising charity operating in Africa. Of my 25 years as a fundraiser, it has to be among my most enjoyable and satisfying.

Over that time our income is now more diverse – spread evenly among individuals, major donors, corporates, trusts and statutory. It feels solid. And while restricted funds have fluctuated, unrestricted income has grown four-fold and, perhaps more importantly, allowed us to see through a challenging period and get us back on mission.

So here is our story.

Back in 2011 when I joined the charity, we set a goal to eradicate the kerosene lamp from Africa by 2020. It was a crazy goal to set, for at that time we were distributing just a few hundred solar lights a month. Setting such a goal meant the organisation focused all its attention on achieving it – even to the extent of turning down grants that asked us to do work that didn’t help achieve the goal.

Most importantly, from the perspective of fundraising, it gave us a disruptive story – that we sell solar lights to some of the poorest people in the world – to tell, and for others to share.

After an initial dip in overall income, but still more money for the mission, our fundraised income jumped 100% in one year. In 2013 we secured one of the first Google Global Impact Awards (and if you go to Google.org you will often see the main picture is one of SolarAid’s – of Christopher from Zambia studying by solar). We also ran two successive UK Aid match appeals, with donations from the public doubled by the government.

The programme focus worked, and by March 2014 we had sold and distributed a million solar lights, at a fair market price, in rural parts of Africa.

By the start of 2015, SunnyMoney, the name of SolarAid’s social enterprise, was the biggest distributor of solar lights in Africa. Revenue from our solar light sales then surpassed our fundraised income.

A ‘sticky’ approach to fundraising

Throughout the last five years we have deliberately adopted a ‘sticky’ approach to fundraising. Find your story, tell it well, and get others to spread it for you. And make it consistent, so when someone is inspired to contact you as a result of hearing your story, it matches with whoever they engage in your organisation.

One of our first tests was a BBC radio appeal in late 2012. The combination of a disruptive story well told, and rallying our advocates to tell others, led to one of the best results ever achieved by a charity – we raised £66k. We also won many new supporters, some of whom continue to advocate on our behalf.

Last month we were fortunate enough to secure a second BBC radio appeal broadcast – but we took a different approach to the usual appeal. This time, we used the first half of the appeal broadcast to say thank you, and to feedback on the last appeal from 2012. Delivered once again by supporter Ian McEwan, so far we have achieved a stonking result – already we have received at least 10% more donations than at the same stage from the last record-breaking appeal, and the money is still coming in.

In the last year, SolarAid has received three legacies (the first legacies it has ever had), secured a new corporate partnership, which we will announce later this year (once again from a corporate approaching SolarAid), and been awarded a major grant for our programme in Uganda.

The power of advocates and word-of-mouth storytelling

Finding advocates has had a ripple effect – one that has continued. I recall a Scottish church minister in Ayr who recently called to say he had raised some money by selling gift cards. Turned out to be £13k-worth of gift cards! But more importantly, he heard about us via a school assembly he had attended the previous year, as a result of a campaign initiated by a major supporter of ours.

To leverage this word-of-mouth marketing, we encourage others to tell our story (their story) to their networks, because it’s far better that the story comes from them, not us. We’ve had blogs, web pages, infographics, and even videos produced by people and organisations that tell our story, using content lifted from our website. This is an example of a stop animation video produced by a young supporter called Ethan to help raise funds by going without electronic and electrical devices other than a solar light.

We’ve also focused on giving a good donor experience – one that people would notice and perhaps talk about. We developed a platform called the Speed of Light that shows people where the solar lights they have helped fund are located. It also acknowledges the impact of your support if you get others to donate too (so if your friends donate, or your friends’ friends donate, it credits you).

As your reputation grows – i.e. what other people say about you – people come to you. In early 2015, the business Wholebake invited us to pitch for the charity partnership. It’s very refreshing to be invited to pitch, as you know there is a genuine interest from your potential partner. It was our Speed of Light platform that won them over, as it enables them to show the impact of their support to their customers. Now every 9BAR (an energy bar available in many corner shops and supermarkets) sold leads to a donation to SolarAid. The partnership won an award at the 2016 Business Charity Awards.

In the US we found a major supporter (or rather he found us): the world record free climber, Alex Honnold, who shares our values and whose foundation allows us to receive US donations. We had some extraordinary major donors, too, who have helped fund key mission-critical moments such as enabling SolarAid to switch from air freight to sea freight, open in a new country (Uganda) and even funds for ‘failure’ so we could try new and innovative ways to sell solar lights, which have helped us achieve breakthroughs.

Devising an ‘impact calculator’ for donors – with shareable results

To help inspire donors we developed an impact calculator, a simple way to show donors the impact of their donation. Over a three-year usage each solar light leads to a thousand hours’ extra study, averts a tonne of CO2 and saves a family over £140. So we could equate donations to solar lights distributed to the impact those lights will have. Sometimes donors tweet a picture having received a card about the impact of their gift!

And for donors who gave a certain amount, or donated a regular gift for a year, we offered a solar light – not just in recognition of their support but also to help share our story with their network of friends, family and contacts. I recall the supporter who on receiving a solar light went round the neighbours in her street asking others to donate to us too (we only figured this out after a run of donations coming from similar post codes!). And one of our first ever legacies came from a supporter who had a SolarAid solar light in her kitchen that she would show to visitors who came for a cup of tea.

Then, last year, we hit a difficult patch – due to our success.

In 2015 the market for solar lights in Tanzania, where we had the greatest success, took off. We were competed out by new enterprises and local entrepreneurs, so we withdrew our operation from Tanzania. A Dutch charity operating in Tanzania told us “the kerosene lamp is a thing of the past”.

Job done – we were no longer needed there. Yet it hit us hard, due to the drop in revenues from solar light sales.

At a time we needed to adapt fast, restricted income became hard to raise. That’s where flexible funders and donors supporting our mission enabled us to adapt our approach, and helped us see it through. All that work building a diverse funding base paid off.

Ambitious thinking and the rules of engagement

Five years on, what have I learnt about successful fundraising strategy? It starts with your mission and the story that goes with it. Setting an ambitious goal that the entire organisation gets behind can do more than any fundraising idea or tactic.

You need to recognise that everyone is now a channel, so you need to think engagement – how to inspire people and focus on activities that empower people to tell your story; not, bizarrely, how to get money out of them. It takes time, but it builds day by day, year on year. The story you tell and the story others tell about you builds your reputation.

Then you need to see how it all connects. How one part of what you do creates a ripple that leads to new enquiries. It’s not all about outbound marketing; you need to be ready to react when people who have heard about you contact you, as that’s when they are most interested (at the point they press send to you on that email).

It’s really not about the money

When I look back on what we have achieved over the last five years as a fundraiser I found something surprising. It’s not about the money – the £10m we have fundraised and the matching revenue from solar light sales – it’s about the 1.8 million solar lights now shining in Africa, a market catalysed first in Tanzania and now Kenya, so others can benefit from earning an income and providing safe clean light. After a challenging year, as a result of the resilience of the fundraising programme, SolarAid’s mission to eradicate the kerosene lamp is back on.

Yes. It’s all about the mission!

The fundraising strategy we have developed, and which I had a part in shaping, is one SolarAid can build on, rather than replace as I leave. Over the summer SolarAid, rather than take on a new director or head of fundraising, is recruiting some new, young energetic fundraisers to help respond to those inbound opportunities and continue to equip people to share and tell their story.

My job is done. My new mission is to share my learning over last 5 years that there is a different way to fundraise that recognises we are all now channels, and leverages the ‘social capital’ individuals have. 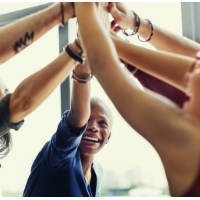 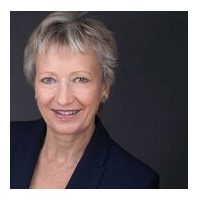 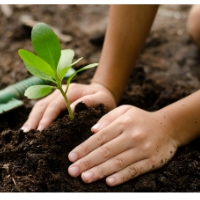 How Woodland Trust branched out to raise &pound;11m