It’s never been more important for non-profits to use social media to connect with their respective communities. Yet, with so many social platforms out there, it can be overwhelming knowing what role each could play in building your social strategy.

Below we detail the benefits of today’s popular social channels to help you uncover the ones most suited to your organisation.

Although not as prominent as it once was, during the last quarter of 2019 Facebook had nearly 2.5 billion monthly active users, the largest of any social network worldwide. Therefore, it’s influence should not be underestimated. Facebook still possesses significant power for charities, especially if your goal is to increase awareness or build a fundraising campaign.

In our recent publication, #MakeItSocial, Islamic Relief’s Tufail Hussain told us that by using the Facebook Live feature Islamic Relief were able to raise £25,000. However, based on Facebook’s algorithm, it’s recommended to put some budget behind your posts to tap into a wider audience and reach more potential supporters.

If you’re looking to engage with large audiences quickly, Twitter is a great option. By posting consistently, tagging people and organisations, using appropriate hashtags and connecting with relevant influencers you can easily build your audience. Depending on your desired tone of voice you might also want to advantage of the in-platform features such as polls, GIFs, tweet threads, fleets and retweets, all of which can kickstart engaging conversations and get your organisation noticed.

Twitter restricts you to 280 characters per post, so you need to be short, concise and punchy with your copy. It can act as a great platform to take part in conversations about trending topics, such as a breaking news story or an awareness day, but be prepared to be reactive. Unlike most platforms, the majority of Twitter users tend to find and share information from other people, rather than share updates about themselves.

Instagram is an image-based, social networking app that lets users post photos and videos, follow and interact with organisations, influencers and friends, and send messages. Aesthetically pleasing and short form videos perform best on the platform, which tends to have relatively younger users compared with Facebook and Twitter.

Much like Twitter, you can utilise Instagram’s in-built features to be a playful and informal. Features such as stories stickers, polls, IGTV, boomerangs, filters and re-grams are simple and easy ways to generate engagement. These features allow you to be far more visual and provide a practical function for your community to engage with. For example, a fundraising sticker has been added to ‘stories’, to directly harness the platform for fundraising campaigns.

According to Sprout Social, over half of the total population of Instagram users (71.1%) are under the age of 34, so it’s a great platform to reach younger audiences. If your organisation is looking to get creative with visual and mobile-friendly content, this is a great platform to explore to reach a highly engaged audience.

LinkedIn is the largest professional networking platform, allowing organisations to generate leads, build brand awareness and establish strategic partnerships. Staff advocacy is one of the most powerful methods of networking on the platform. Content shared by fellow employees or colleagues is likely to receive twice the amount of engagement than organic content published from your organisation’s page.

LinkedIn is one of the top places with potential to reach high net worth individuals. According to Foundation Inc, 91% of marketers view LinkedIn as the best platform to search for top quality content and 40 million of these users are in decision-making positions. However, if you’re looking to target a younger audience, it might be productive to place your campaign elsewhere, as only 20% of users are between 18 and 24.

LinkedIn Campaign Manager can be used to strategically grow your network and achieve organisational goals. This feature allows you to set up ads that are targeted at a specific demographic, job title, industry, hashtag and more. Compared with other platforms LinkedIn advertising tends to be expensive, so it’s worth doing some research to make sure your audience is on their before you start a paid campaign - when used strategically the results, although more costly, can often generate higher quality leads.

Looking beyond the ‘big 4’, we’ve seen the recent emergence and growth of social media platforms such as TikTok. TikTok is basically the successor to Vine. It’s used to create short comedy, talent and lip-sync videos up to 60 seconds long. It has increased in popularity over the past few months and was announced the 7th most downloadable mobile app in 2019. According to Hootsuite, TikTok has 800 million monthly active users. Like other social media platforms, it’s free and can help tap into new and large audiences. WildFire found that 41% of users are under 25, so if you’re targeting this age bracket, you may want to consider TikTok.

With the vast number of filters, features and trends running throughout the platform, you can be as playful as you like. It’s very visual and doesn’t offer much opportunity to direct your followers away from the app e.g. to a donation page or website. However, with its rapid growth, TikTok could be a highly engaging platform.

With 26% growth since last year, and more users on the platform than ever before, Pinterest is one to consider. Focused on the concept of a person’s lifestyle, Pinterest allows users to curate and share their interests via images and videos, whilst discovering those of likeminded people. With over 322 million monthly users, it has a slightly smaller audience pool than other platforms, but does provide a slightly different type of audience. According to Hootsuite, 29% of Pinterest’s ad audience are women between 25 – 34. Women make up 71% of Pinterest’s audience, versus 21% for men (the other 8% did not specify gender). With this in mind, Pinterest could be an effective option for organisations targeting a predominantly female audience.

Another alternative platform that purpose-led organisations should consider is Twitch - one of the world’s leading live-streaming platforms for video gamers, allowing users to watch a live or pre-recorded video of a broadcaster's gameplay. Each broadcast often includes audio commentary and a video of the player via their webcam. There's also running chat from viewers that the broadcaster can respond to.

This video-based platform is often overlooked for the likes of YouTube, but it possesses a large number of highly engaged users with around 15 million daily (that’s about 5% of the current US population!). Like YouTube, users are mostly male.

Special Effect, a UK charity that uses video games and technology to enhance the lives of people with disabilities, use Twitch every year for their fundraising campaigns. They deliberately tap into a gamer-focused audience during their “GameBlast” event through live-stream feeds. Following their most recent fundraiser, they received upwards of £140,000.

To set your organisation up for success it’s vital to take a step back and assess your goals, your audience and the platforms they’re on. It’s also important to look at your resources - if time is limited choose one or two platforms to master rather than spreading yourself thin. You should also consider how you’d like to drive your campaign. For example, using lots of visual. With these in mind, you ensure you’re talking to the right people, in the right places, to reach your organisation’s goals. 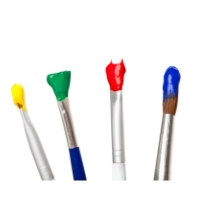 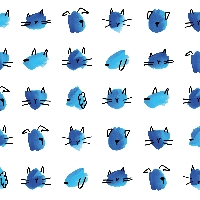