Fundraising is more vital than ever

All Posts
Posted in From the IOF General Fundraising

Fundraising is more vital than ever

Fundraising is more of a lifeline to charities than ever, says Peter Lewis

The community of fundraisers across the UK really are the lifeblood of every charity. It has been and continues to be a huge privilege to lead this community, and despite it being a tough year for fundraisers, their endless enthusiasm and commitment to make the world a better place never ceases to impress me.

2012 has certainly been a challenging year for fundraising. The economy continues to struggle, and fewer people are able to give. The usual public sector sources of funding are giving less too.

But the picture is not as bleak as it sounds. In the summer, an IoF/YouGov poll asked people about their attitudes to giving, and what it found was very encouraging: people want to give to charity, and the vast majority said that they would give, if asked. This shows that people understand the need for charities to employ fundraisers.

Furthermore, evidence from IoF members shows that the number of people who invest in fundraising continues to grow, and charities, which have traditionally relied on statutory funding, are now beginning to diversify their income streams to maintain their services.

An issue that hit the front pages recently is the vexed question of face-to-face fundraising, more commonly referred to as chugging. It would be complacent of the institute to ignore the fact that some forms of face-to-face fundraising annoy some people: a minority of people find it inconvenient, and some have come across bad practice. But despite the bad name that face-to-face has been given, 865,000 people decided to sign up last year to support a charity long term as a result of a face-to-face ask, raising £130m. A hugely successful result.

Nonetheless, the institute reacted swiftly when the public concerns about face-to-face fundraising hit the headlines. The IoF’s face-to-face summit immediately set up three high-level task groups to look at standards, training and space allocation. They will report later this autumn. Linked to this, the review of the Charities Act has meant that the IoF’s role as the single code of practice writer has been formally confirmed as the foundation of the self-regulation system.

The institute’s new, single code will be published on 13 November, and I believe this will be a huge asset for charities committed to best practice fundraising. It will also clarify the IoF’s roles and responsibilities with the FRSB and PFRA.

The IoF is focused on working hard for its members. It played an important role in the successful Give It Back, George campaign, and is now lobbying hard to make the Gift Aid Small Donation Scheme more effective and efficient.

The institute’s professional development programme continues to prosper, with fundraisers embracing our new professional qualifications, delivered through IoF Academy. Last year alone 250 people graduated with an IoF certificate or diploma in fundraising, and 56 people are now studying for the institute’s online certificate of fundraising. The IoF is now developing an international advanced diploma.

The IoF’s small charities training programme offers small charities access to training at reduced rates, and many fundraisers have now benefited from the skills development provided by the programme, which has already reached over 10,000 organisations.

So, what does the future really look like for fundraisers? Yes, government is likely to reduce its giving to charities, but the good news is that from what we now know, this will have a limited impact on donations. I believe that it is our role to enable fundraisers to become the best they can be, and we’ll strive to achieve that.

Peter Lewis is chief executive of the Institute of Fundraising

This article first appeared in The Fundraiser magazine, Issue 23, November 2012 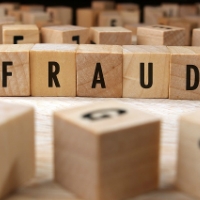 6 ways to guard against charity fraud 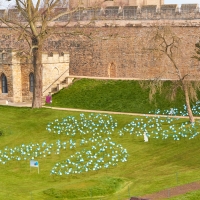