Creating a seamless supporter journey - an interview with Joe Jenkins

Creating a seamless supporter journey - an interview with Joe Jenkins

Joe is Director of Supporter Impact and Income at The Children’s Society, leading the Income Generation and Supporter Engagement teams.

Working in the charity sector for over 15 years, Joe has previously been Director of Engagement at Friends of the Earth, as well as Acting CEO. Prior to this, he worked with a wide range of different charities, including Royal National Institute of Blind People, NSPCC, British Red Cross, WWF and IFAW.

Joe is a Trustee for Refugee Action, Fellow of the Institute of Fundraising and a member of the IoF Standards Advisory Board.

Joe, what are your main responsibilities within your current role as Director of Supporter Impact and Income?

At the Children's society, I wear three hats. One as a member of the senior leadership team, working with the executive directors on the organisational strategy and leading the teams there. The second in leading our supporter programme that looks at how we can generate the most impact through our different forms of support. This includes institutional funding, partnerships, our retail network, individuals and communities, major donors, trusts, volunteers, fundraisers and people who campaign for us. This is really at the heart of our shift to a supporter engagement approach. I also directly line-manage several supporter-facing teams, who are responsible for fundraising activity, volunteering and other forms of support.

Why are big charities sometimes so averse to culture and strategy change?

Many larger charities have been around for a long time – The Children's Society, for example, was founded in 1881. That means our culture, organisation and the things we do have been built up over successive generations. At times, this can be a bit like an old computer, where it starts off shiny and fresh but, over time, you add more software and processes and it starts to get a bit slow and clunky. That is the case for a lot of long-standing charities with historic systems, structures and processes that can take a long time to change – this is a big challenge for leadership teams.

When you're steering a large organisation, it's like steering an oil tanker – it takes a lot of effort to make significant changes in how it operates. Organisations can be so busy with the day-to-day that there isn't time to do the important stuff that will make the big differences.

What is the risk to charities who stay with traditional methods of fundraising?

One of the main challenges for charities over the last decade has been their rather homogeneous approach to fundraising. Organisations are trying to find the ‘one-best-way’ of adopting different fundraising techniques – this means everyone is essentially doing slight variations of the same theme. Whether it's direct mail packs, telephone calls, street fundraising operations or the way we have put corporate pitches together – it has looked very similar. Moving forward, we will be far more successful if our models and approaches are more diverse, and we find different, innovative ways to engage supporters in our cause. The challenge isn't to move from one blueprint to another, but for the operating model to look different for different types of organisations.

The risk to charities who stay with the historic forms of fundraising is that they will become increasingly less relevant to the supporters they need to attract. Following that, it will be harder to raise sustainable income and achieve the organisations’ goals.

Is the idea of a separate 'fundraising department' going to serve charities in the future?

Holding the idea of 'fundraising' as a distinct discipline that operates in splendid isolation will not serve charities in the future. I think it will only increase the risk of charities being less relevant to its cause and supporter base. That’s not to say, from a structural point of view, that you don't need a fundraising team. It's more about the mindset and the way you are working within the organisation.

Separate fundraising teams will increasingly struggle to engage supporters who don't necessarily see themselves as donors – and are driven by the cause rather than the organisation. These people want to get involved in ways not just through donations. If we want to be relevant to these supporters, we need to align the way we talk to them. Having fundraising, campaign and volunteer teams, who each have their own strategies, is going to make it increasingly difficult to engage supporters.

What advice can you give to charities worried about undertaking such a large structural change to their organisation?

We sometimes talk of there being a ‘burning platform’ in the sector, and I think that's reflected increasingly by the data. We are seeing progressively more challenges around fundraised income: growth has slowed in total voluntary income and looks like it may continue to do so, institutional funding is also contracting, and the number of people who are giving money, time and getting involved in other ways also appears to be slowing. So, there is a bit of a burning platform for change which means there isn't a 'no-change-no-risk' option ahead of us.

Although embracing these changes may feel risky and disconcerting, at the same time, doing nothing and continuing as we are, seems to be the bigger risk. The reality is that there is risk whichever way you look. So, what is the best way to address that? I would say it would be by refreshing your approach so that it's more relevant to the context we are in.

What single factor do you think will impact fundraising in 2020/2021?

I think the single biggest factor is the strategic focus that boards and executive teams give to their fundraising approach. If boards and leadership teams are committing to embracing a more agile, integrated, adaptive model, then I think their organisations have got the best chance to thrive and be successful. However, if they continue to set short term targets to siloed fundraising teams and operate in a 20th century hierarchical model, then I think the charities are really going to struggle in the decade ahead.

Joe Jenkins will be speaking about ‘Creating a seamless supporter journey’ at the Future Fundraising conference on 23 March 2020. Find out more about the event. 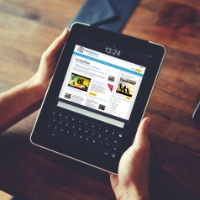 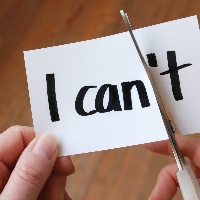 Fundraisers: Do you need a pep talk?

How can charities be encouraged to move into trading income?