All Posts
Posted in Ask the Experts Corporate Fundraising & Partnerships

A 2018 industry survey found that celebrity endorsement did not affect fundraising decision making for 69% of people. So, should fundraising strategists be worried? Is this the shape of things to come, or does traditional celebrity support still hold sway?

The celebrity strategy formula is tried and tested, but in recent times there has been a definite shift in confidence and an almost existential crisis for traditional ‘celebrity’ as a channel and its ability to co-exist with modern day ‘influencer’ marketing.

The good news is that, when done well, celebrity marketing for brands and fundraising for charity still works when the connection to the target audience is strong.

The bad news is that the social media generation audience is more sceptical than ever. In an era of fake news and bought followers, famous faces that aren’t authentic in their link to the brand or good cause, won’t be believed and will never be able to get meaningful cut through.

The main problem seems to be that a big number of charities that get in touch with us still openly admit that a big reach is their priority and they can be drawn to this over natural fit.

It’s completely understandable, of course. When return on investment (ROI) is everything and marketing budgets are tight, the option of getting in front of as many people as possible with your message can be a huge temptation.

With the rise in social media this is something that has been seen across the board in brand marketing and has helped create an online advertising space on social channels where ‘influencers’ amplify messaging to their huge social followings, leveraging their position of assumed trust in the audience as they are potentially more relatable than a traditional celebrity.

This has opened doors to a market with exponential growth potential as the way in which we see and interact with celebrities and influencers is changing by the day. Influencer marketing is quickly having to evolve, as simply getting someone to pose next to a product or include a pre-written message and hashtag wasn’t believable enough to provide authenticity.

In the 24/7 era of access to behind the scenes to celebrities’ lives, audiences have never felt more involved. This obviously has huge upsides, but conversely audiences have become attuned to spotting unnatural associations which have been proven to generate negative responses from the audience.

Broad appeal amongst the wider public shouldn’t be assumed, as influence from celebrities and influencers will always be most true amongst their core audience. An Instagram star with five million followers who are predominantly males under the age or 20, is undeniably influential to that audience demographic, but not necessarily any wider than that.

In order to make sure that potential collaborations can be as targeted as possible, the reach should always be the final consideration in the decision-making process. And only once the three most important factors have been prioritised:

1)     Relevance: Is the individual in question on trend?

2)     Authority: How trusted are they amongst their audience, and a wider general public?

3)     Viability: How willing are they to work with the charity?

Ticks in all these boxes provides authenticity, which then allows the scale of their fame or platform to become meaningful.

Finally, at this point we can analyse reach: how many people pay attention to them?

Authenticity will always be key

In an ever-changing world, it’s interesting that the formula for success has always been the same. Whilst the causes involved and methods of fundraising may be completely different, authenticity is the one key element in all successful campaigns.

HG Wells, who in 1933 wrote in The Times asking readers to donate to support the diabetes clinic at King’s College Hospital in London, was a diabetes sufferer himself (as was his doctor RD Lawrence). Michael Bublé made a heartfelt plea for cancer treatment donations during a Carpool Karaoke segment with James Corden for Stand up to Cancer. He had a first-hand recollection of the traumatic experience of his son Noah being diagnosed with liver cancer.

Both of these celebrity links to their individual causes were real and impactful. Both had relevance. Wells as an established and well-known author, and Bublé as an internationally renowned award-winning musician, both had/have strong public images and were/are trusted. Furthermore, they were both clearly accessible to the cause, as they had given up their time and efforts to help the fundraising campaigns.

Add into the mix their reach (Well’s via the Times newspaper, and Bublé via the huge Stand up to Cancer platform, as well as his own on and offline fame around the world) and all of the tools for a successful campaign are there.

In short, when done well – celebrity as a channel is still able to provides the halo effect and social proof that a campaign is worthwhile investing time, support and money in.

It still works and will continue to do so when part of a considered, wider, long-term strategy.

Simon Wiltshire is a director at celebrity and influencer PR agency Polygon PR.

Does the media encourage giving as much as it should? 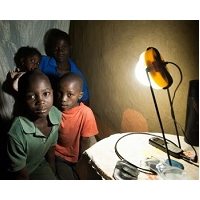 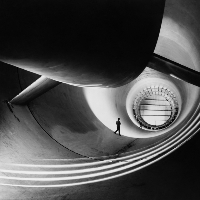 Is fundraising a true profession?