At Macmillan, we are constantly monitoring the fundraising and events marketplace to look out for upcoming trends. This insight has helped us launch several successful fundraising events over the last couple of years, such as Go Sober for October and Night In.

One particular trend we are seeing is that while traditional challenge events (such as running) continue to be popular, the market is changing: more people are looking to combine a physical challenge with something more fun and experiential.

MOB (mud, obstacle, beer) events have grown in popularity over the last few years, with people raising lots of money for various charities - including Macmillan - by taking part. Indeed in America, those taking part in such ‘experience’ events are beginning to outnumber those who participate in the more traditional physical challenges. And we’ve seen our own fundraising income for MOB events grow by over 1500% since 2011.

Our new Adrenaline Rush challenge event is a series of urban obstacle courses, which will take place in four cities across the UK (London, Glasgow, Manchester and Bristol) throughout the summer of 2015. The courses have been designed to include mud pits, water chutes, ramp jumps, dodging flour and water bombs, trapezes, bungees and an ice bucket challenge. While participants are encouraged to fundraise further on an individual basis, 25% of the initial entrance fee will go to Macmillan.

Because the MOB marketplace is already relatively busy, we knew from the very beginning of the process that we had to give our new Adrenaline Rush challenge a distinct ‘voice’, so that it stood out in a crowded market. When talking about Adrenaline Rush we don’t just emphasise the physical challenge aspect of the various events; we also highlight how fun they will be, using words such as ‘high-voltage’ and ‘energy-packed’ in our marketing materials.

Because our supporters have told us that they want events that are easy to get involved in, we also emphasise that the courses have been designed to be challenging yet accessible to everyone despite their fitness level and that participants can sign up individually or as part of a team. We have also chosen iconic city locations to hold the events - such as the Queen Elizabeth’s Olympic Park in London for the first event on Saturday 30 May.

We’ve had to work incredibly closely with our event partner, InMotion Sport Ltd (who organise the Grim race series) to ensure that our shared marketing resources have been coordinated effectively. The events are being marketed using a mix of traditional running print media and online channels, as well as on social media, which we know is an effective way of reaching younger audiences.

In addition to running advertising campaigns on Facebook and Twitter, we have also been engaging with supporters through regular posts from Adrenaline Rush’s own social media profiles (Facebook: The Adrenaline Rush; Twitter: @GetYourRushAR). Engaging with supporters this way has helped us to establish a distinct brand and ‘voice’ for this brand new event. One of the benefits of engaging through social media is that as engagement levels increases, the event starts to speak for itself.

The response to the event has been excellent so far, and we’re really looking forward to getting our adrenaline pumping in the name of Macmillan at the first event in London on Saturday 30 May!

The Fundraiser will be following Adrenaline Rush as it gathers pace and will publish a follow-up case study later in the year.

People give when asked. True or false? 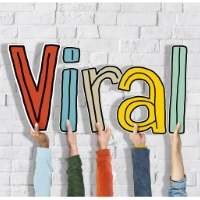