Viv Cole works for Warley Woods Community Trust, a charity west of Birmingham City Centre that manages 100 acres of Grade 2 listed, historic green space on behalf of the local community. To keep the space in shape has consisted of 14 years’ community management, £4.5 million raised for the site, and more than 300 volunteers helping out each year.

Alike many charitable organisations during this time, the fear of coronavirus and it’s impact on the future of the charity has struck a nerve with its employees about how sustainable it is to keep the Trust going beyond these uncertain times - the Trust that employs 12 fulltime staff to run the land, where 11 of these have been furloughed.

However, in response to The Fundraiser article, Keep Calm and Carry on Fundraising, Viv got in touch with us to tell us about the incredible success they have had in employing one of the tactics.

“I’ve been fundraising a long while and I love reading about what others are doing. You always get a new idea or see something from a different perspective. Sometimes you don’t do what they have done at all, but it might get in your head and spark something new off.

“The article I read mentioned reaching out to celebrities and getting media shares because of this. I have to be honest I probably wouldn’t have thought of contacting our patron without that prompt, I was so focused on what I needed to do, as I was alone and working remotely.”

When concerns first sparked for Warley Woods, Viv held a public appeal to get help for the charity, without celebrity endorsement, and got a great response. To do this, she wrote to the community about their impact:

“One of the most amazing things about Warley Woods is how what we do is supported by the local community. Last year the Community Trust was given £42,425 in donations from individuals. Of that £42,425, £16,870 came from community members. The smallest monthly donation was 67p and the largest £30 which really shows how any contribution can make a difference.

“If you support Warley Woods – what you get in return is “Warley Woods” – you get to see it beautiful and well cared for. You get to photograph it, to see its birds, enjoy its tranquillity.

“If you are lucky to be enjoying Warley Woods at the moment. If you are looking forward to coming back to visit it, please help us to ensure that the Trust will be around to take care of it.”

The initial appeal raised £10,000 - the charity’s best appeal to date. However, since then, unsurprisingly, donations have tailed off. Considering the Trust in April alone used £5,000 of their reserves to pay staff, insurance, cover basic running costs and more, this was a huge concern. These costs will continue into May, June and beyond, and reserves always run out.

However, whilst the initial appeal was running, Viv had contacted their Patron, the National Treasure and Smethwick-born, Dame Julie Walters. And, at the time donations were starting to tail off, Dame Walters came back to the charity with a video appeal to add to what they were already doing. The video, an emotive tribute to the Woods and its impact on people’s physical, mental and emotional health, urges local people to donate money towards the trust.

It was after this, Viv describes, that support towards the charity went crazy.

Watch the find to find out what happened>>

This addition helped achieve a further £20,000 to support Warley Woods, through shares and retweeting, and meant the run of donations lasted much longer than it would have done otherwise. And, while the appeal again began to run its course, recognition from media sources has caused further peaks in donations thereafter, demonstrating the true value of influencers and the media in increasing charity support. Viv said:

“This has saved us, and what’s more, because the appeal focused on monthly direct-debits and long-term support, it could be a game changer for us in the future.”

As said in the video, Warley Woods might be in the woods, but they’re not out of the Woods yet. Could you help support them? 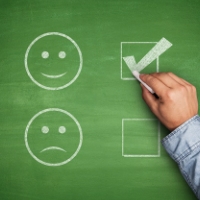 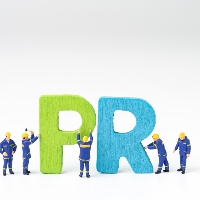 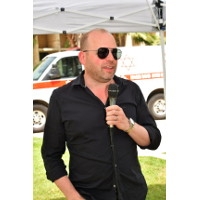