All Posts
Posted in How To Guides General Fundraising

In this last part of IFC’s 20th Anniversary series, 2020 Vision in Fundraising, I deviate from pure fundraising to look at what makes an outstanding organisation...

As consultants, we tend to see organisations that are not performing as well as they could, but we have also worked with some exceptional organisations. It is that experience that I have drawn on to put together the final five points of this series and focus on the characteristics of truly great organisations.

And if you missed the previous three segments, be sure to check out Part I , Part II and Part III.

16. The CEO is exceptional

No one has greater influence, for good or for ill, than the CEO. He or she can make or break a non-profit or simply confine it to the doldrums whilst they dither and duck their responsibility to the beneficiaries. Building and inspiring a great team is the hallmark of a transformational CEO. To paraphrase US General McCrystal, they do this through their personal conduct: how they behave (their personal morality), how they treat others (staff, trustees and volunteers), how they cope with pressure and tough decisions (do they have the guts to lead) and how well they follow through on their promises - all this will be imitated by their staff.

But they must also have, or quickly evolve, a vision for the future of the organisation. That includes delivering an excellent service to the beneficiaries, evaluating the work to prove impact, scaling up the service and possibly developing and expanding it; so that the whole vision is progressive, dynamic and has clear milestones staff can get behind.

17. The fundraising department delivers the goods

Without an effective fundraising department, even organisations with a great vision for their future cannot scale up the work to meet the needs of beneficiaries, pay competitive wages, build external support and maintain reserves to ensure the sustainability of service in hard times.

To do that, the truly impressive organisations treat their fundraisers as part of the team, inspire and help them as an interesting part of their job not as an infrequent favour. For their part, the fundraisers clearly communicate what they are doing across the organisation.

They also create a sustainable fundraising programme, building a range of income streams and looking to build long-term relationships that will bring in significant sums over time.

Key to this is that these organisations invest in fundraising, ensuring that they can test and roll-out successful techniques, innovate as the external environment changes and accept that the occasional failure is a positive sign not mere folly.

18. The organisation knows it fulfils its mission

This is about the satisfaction and self-confidence that comes from knowing we work for a great organisation that is delivering what it says it delivers. The key to this, as ever, is that it monitors and evaluates its work with its beneficiaries, as well as its campaigns, communications and fundraising functions. Knowing the staff around you are working professionally and doing a great job is highly motivating and begins to produce extraordinary results.

Of course, if nobody knows about this then no one will be inspired, motivated or feel that this job is something special. That demotivation means the good people tend to leave and the worst may just hang on indefinitely. That communication needs to be both internal and external, extensive and conveyed passionately, always checking: Who has seen this? Have we got through? Did it make a difference?

Perhaps surprisingly, the government is also subject to impact assessment. So we are not alone in grappling with this.

Anita Roddick of Body Shop fame spent nothing on advertising yet was one of the best-known entrepreneurs in the UK. She did this by simply hiring two exceptional young women to communicate her thoughts and actions on a variety of campaigns. Soon she was the go-to person when journalists wanted a business reaction to many events in the news – though she was often ahead of the game with her own thoughts on their desk as their starting point.

For a time in the 90’s, Amnesty UK’s full-page adverts did the impossible and brought in tens of thousands of new members and put human rights concerns in front of millions of people.

No, those examples were not instigated by a comms department, but they show the need for innovation and bravery by the whole organisation in making a break-though.

20. It has earned our trust

Fundamental to fundraising is trust and that is trust in the whole organisation. I have seen a series of scandals engulf some of my favourite charities from Kids Company to the British Heart Foundation to Oxfam. Although I would argue the sectors fall in the number of those giving in 2018 is closely related to the steadily fall in return from direct mail, the collapse of several telemarketing companies and austerity’s proletisation of the middle class, the loss of trust may also play a significant part in many organisations’ fall in income. It can be argued that coincidence is not causation but scandals, which must mean a loss of at least some trust, followed by falling income does look rather suspicious.

The points above help to elicit trust, but we all know how easily a scandal can erupt, often coming from a completely unexpected direction: a suicide, a little-known government quango seeking the limelight or a staff member acting dishonourably. All of these can all feed into the media’s love of stories about saints becoming sinners.

So, what I would offer here is that scandals will erupt but outstanding organisations are braced to receive them (with a written acknowledged crisis policy). They can get their own point of view across immediately, repeatedly and with variety as more facts are known which can feed into the rolling 24-hour news cycle. That demonstrates the responsibility, good sense and trustworthiness of the organisation. Obviously, great organisations never cover up wrongdoings and take swift and appropriate action to bring perpetrators to justice, as well as take clear steps to prevent future problems.

Back at the ranch

Right now, the CAF 2019 Report and others report that fewer people are giving to charity even though the total amount remains the same. This indicates that more income is coming in larger chunks from the wealthier parts of society. This is as it should be given the massive transfer of wealth to the rich that we have seen in previous decades.

It does, however, mean that charities may be somewhat less democratic as individual memberships and the number of people giving falls and the more demanding wealthy begin to exercise more control or at least make suggestions backed by the potential to give on a large scale.

6 ways to drive fundraising success with your data 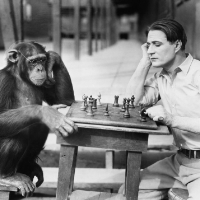 What&#039;s your favourite lesson from behavioural psychology that works for fundraising? 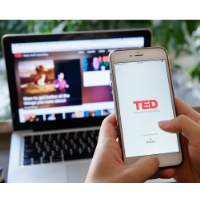