All Posts
Posted in Fundraising

We've made a list of our personal top 10 favourite celebrity patrons that we believe have really gone above and beyond to help promote charities.

The English broadcaster has been a supporter of the World Land Trust since it began in 1989, and has publically credited the charity's ability to support in-need habitats and their wildlife. He officially became a patron in 2003.

Many people know Patrick Stewart for his acting skills, but since 2007 he has also been one of Refuge's patrons. He has openly spoken about his own experiences of witnessing domestic violence as a child, and now uses his celebrity status to help raise awareness of domestic violence charities, such as Refuge.

After helping a 15 year old boy to make his wish of meeting the cast of Shrek the Musical come true, Amanda became a patron in 2012. Amanda has been actively involved with the charity and in 2014 was seen helping Make A Wish with their fundraising event to break the Guinness World Record for the largest cake sculpture.

She has been a patron since 2002 and has helped out at a range of Women's Aid events. She has also appeared on Celebrity Weakest Link to raise money for the charity.

The actor turned BAFTA winning documentary maker has been an avid supporter of Help for Heroes for years and has spent a lot of time on the front line with British Troops.

Cherie became a patron in 2002, after already having spent many years visiting and being involved with Scope's services. She has spoken on the charity's behalf at many high profile conferences, including an international conference in Qatar.

Since playing the role of a writer on her journey into dementia in the 2001 film Iris, Judi Dench has campaigned for better access to drugs for dementia sufferers. She became a patron of the charity in 2007.

Ruby became a patron for SANE in 2011 and, having suffered from depression for most of her life, she uses her one woman shows as a platform to help fight stigma around mental illness.

You may recognise her from the runway or from dancing her way to Strictly Come Dancing success, but Abbey Clancy is also on the Teenage Cancer Trust board as an ambassador and regional patron for the North West.

Do you agree with our top 10 list? Comment below to let us know your favourite celebrity charity supporters! 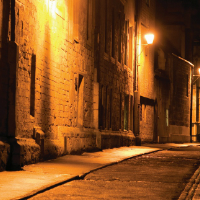 Birmingham Christmas Shelter for the Homeless 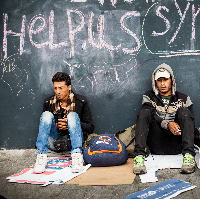 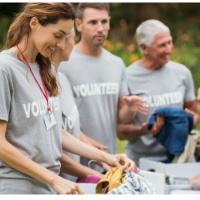 How volunteering can help your career