2.4 million Brits admitted they ‘would not be able to cope’ if they accidentally left their phones at home so Save the Children have set the challenge to go phoneless this Friday.

On Friday 7th October the cheeky challenge has been set to try and refresh the nations’ manners by going offline for a day in the hope to rediscover face to face conversation. Britain is renowned worldwide as a nation for having good manners but Save the Children has discovered a slip in etiquette!

Texting whilst talking to someone (64%) is now deemed to be ruder than being late (54%) or not giving up a seat for someone who needs it (63%). Most shockingly, whilst 97% of people said dumping someone via text message was unacceptable; over 4 million people admitted it had happened to them.

There are over 43 million smartphone users in the UK, and a recent OfCom report revealed that people are spending over 24 hours a week online and sending a whopping 262 million texts a day. Now is your chance to give those fingers a rest, strike up a conversation - face to face, and support the charity appeal for £5.

"Phoneless Friday is a fun, new fundraiser to challenge people to get their friends together, give up their phones for one day, and donate £5 to Save the Children.

Whether at work, at home or in the pub, we’ve all got that one mate who is glued to their phone so it’s about watching them squirm as they long to check Instagram, or watching them try and work out how to get somewhere without their map app.

All you need to do is grab some friends – hopefully the competitive ones who are also glued to their phones - and go to phonelessfriday.org to pay £5 to take part.” Nick Jones, Director of Fundraising at Save the Children. 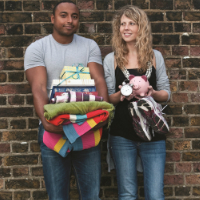 How to spring clean for charity 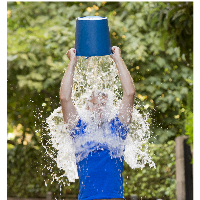 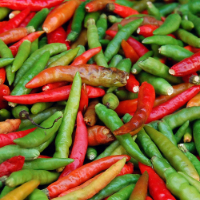