Charlie Simpson has spent over a decade in pop music, first in bands Busted and Fightstar, and more recently as a solo musician. Charity Choice caught up for a chat about his inspirations, charity, and what it was like gigging at Oxjam.

You played at Oxjam, a music festival run by charity Oxfam, a few years ago. What was that like?
It was brilliant, it was kind of strange playing in a shop but it was great. I love playing intimate shows and it was nice to get involved because I think it’s a really great cause. The crowd was really responsive and it was cool because we were playing in such a different setting. It’s a special experience for people to see a gig in an environment that’s so different from a normal venue vibe. I really enjoyed myself.

Was it the first time you’d done a gig like that for charity?
I’ve done other stuff for charity but I love the concept behind this particular campaign, encouraging people to go out there and put on shows. Any time that charities mix with music I think it’s a great combination. Artists can give their time to put on shows and people tend to want to come and see them. It’s a great way for people to come and enjoy themselves and give money at the same time.

What other charities do you support?
Cancer Research UK is a big one for me. My mum had breast cancer when I was about ten so that’s always been something that’s been quite important to me. My mum also lost friends to that disease. Cancer’s awful so I think it’s very important that people support research into finding cures and just doing as much as you can for people with it. I’ve done stuff for Teenage Cancer Trust in the past as well. Any charity that is donating to good causes is great to get involved with. Water Aid in Africa’s a very good one and charities that work with deaf and blind people touch me because I think that’s a very difficult thing to deal with and the more charities helping people with those problems, the better.

Why do you think music is so often associated with charitable work?
It’s such an easy fit because it’s so easy to put on a gig. That’s what’s so good about Oxjam. People love music. I mean it is just a foregone conclusion that most people living on this planet like music. I don’t think I’ve ever met anyone that’s like, ‘I hate music’.

Did you always plan on eventually becoming a solo musician?
Since I started playing guitar, at about seven years old, I was always writing acoustic songs in amongst whatever I was doing and throughout my life solo artists have always been a huge inspiration to me. I always loved artists like Elliott Smith, Jeff Buckley, Jackson Brown and John Martyn – all those acoustic natured artists. It’s always been in the back of my mind that at some point I would do a solo record, I just didn’t know when and it felt like the right time.

Does it feel odd to now be alone on stage?
I have a five piece band behind me so in a way I don’t feel any different. It’s more the promotional side I guess when I’m doing interviews and I’m sat there on my own. It is kind of weird that when I walk out on stage you know, I’m playing under my own name and it takes a little bit of getting used to.

Where do you want your career to go next?
I don’t know man, I think to be honest it’s just to keep making music that I’m proud of. That’s the only goal you can really have, that you come out the end of an album cycle and think ‘I’m really proud to show this to people’.

The Oxjam music festival for 2013 launches in just three weeks - check the website to find a gig near you and see which musicians are in the line-up this year! http://www.oxfam.org.uk/oxjam

Oxfam team up with Glastonbury to launch Live Album 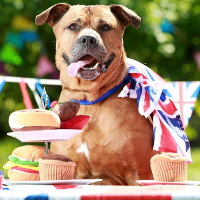 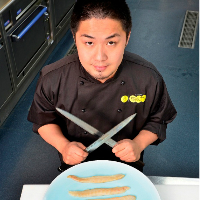