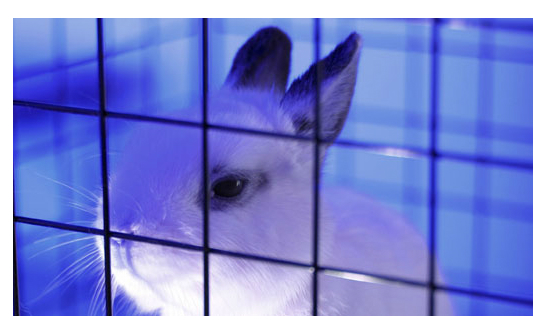 Statistics released by the Home Office on Thursday 22 October reveal for the first time the levels of pain, suffering and distress experienced by laboratory animals in England, Scotland and Wales.

The figures also show that:

The Home Office says that the latest figures represent a fall of 6% in the overall numbers of procedures. However, the Directive requires tests to be counted when they conclude, instead of when they begin, (which was previous Home Office practice) so that comparisons with previous years are difficult.

Dr Vicky Robinson, Chief Executive, National Centre for the Replacement, Refinement and Reduction of Animals in Research (NC3Rs), commented that it was difficult to know whether the headline reduction was a reflection of the new reporting system, or a real trend.

“Either way it is fair to say that there is much more to do in terms of minimising numbers and reducing suffering in scientific research involving animals.”

The Home Office has also published its annual report on the regulation and inspection of UK animal experiments during 2014.

In 2014 there were 127 recorded incidents of “minor” breaches of regulations in laboratories (90 in 2013) and 63 more serious “non-compliance” cases.  Of these, 43 (68%) occurred at universities, 10 (16%) at government research establishments, 6 (10%) at commercial organisations, and 4 (6%) at other types of establishments.  49 (78%) of the cases were self-reported by the establishments, an increase over previous years.  Appallingly, nine cases involved a failure to provide food and water to animals, leading to deaths from starvation and thirst.

For household product ingredients, however, there will only be a “qualified ban’. Ingredient testing for regulatory purposes will still be permitted, providing it is notified retrospectively to the Home Office. Ingredient testing that is not required for regulatory purposes may still be permitted subject to specific prospective authorisation. This approach has been widely condemned by animal welfare organisations as unlikely to ensure the ending of unnecessary testing for the sake of lifestyle products.

The one positive news in all this is that we finally have a little bit more transparency. OneKind welcomes the publication of more meaningful information about the suffering experienced by animals used in research and testing. It is not good news but at least we now know that last year, 184,000 animals endured severe pain, suffering, distress or ‘impairment of their well being’ for the sake of scientific procedures. The challenge now is to the scientific community to urgently reduce and, in the longer-term, end their use of animals.