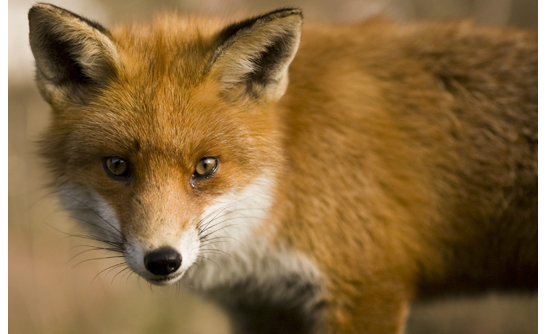 Yesterday, the Scottish Government published their 2013-2014 report on wildlife crime. The headline is that there has been a reduction in reported wildlife crime by 20%. At first glance, this is a welcome statement but it's important to note that it only applies to ‘reported’ wildlife crime.

Unfortunately, wildlife crime is systematically unreported as the crimes often take place in remote areas and are easily covered up. In addition, not every case reported to the police is recorded as a crime and may never show up in the statistics. This was a key finding in a recent Wildlife and Countryside Link report on the enforcement of wildlife protection legislation that referred to official reports as the ‘tip of the iceberg’. Indeed, the official data don’t even include cases recorded by the SSPCA although they are presented in the annual report.

Nevertheless, any hint of a decline is welcome, and the report also tells us some interesting things about hunting with dogs, which is of particular interest given the forthcoming review of the ‘ban’ that the Scottish Government committed to. The ban, introduced back in 2002, appears to be working with regards to hunting of hares with dogs, but it isn’t stopping fox hunting, as demonstrated by the League Against Cruel Sports’ recent investigations and eye-witness accounts from local hunt monitors. This is supported by a few surprising facts revealed in the report:

This is legislation that clearly needs strengthening if the ban on fox hunting in Scotland is ever to do what it was meant to do, and what the public want it to do. We know the Scottish Government intends to consider this report when it decides whether to review the current legislation. However, it is essential that other sources of evidence are also considered, as this is by no means the whole picture