Vintage blogger Charly Surry didn’t know that her love of history would lead her to take up Befriending for Age UK. In a world where for many older people the television is the main form of company, she discovered a rich volunteering experience that would make the past come alive, and provide her with a few life lessons on the way!

When I first discovered my interest in history, I had little idea that it would become a passion that refused to be quelled. I became absorbed by the stories of Queens losing their heads, nurses battling injury and disease during the Crimean War, soldiers in the trenches of the Western Front and The Women's Land Army planting and picking during World War II. Tales of the latter became such an inspiration for me that it even changed the way I dress. After I had read and researched as much as I could from books, I started to look about me for more personal stories from the 1940s.

The first port of call was my Great Nana. At the ripe age of 94, her stories of not only her own life through many decades of change, but that of her father and grandfather, had me enthralled. On wet Sunday afternoons, she transported me to a world far away from the car-laden streets outside. A world of horse and cart, long journeys by steam train, wasting not and wanting nothing more than piece of chocolate whilst sitting in an air-raid shelter. I thought at first that talking about her past, when she is so near the end of her life, would perhaps upset her. Although she does become a little misty eyed at points, on the whole she relishes speaking about her life as much as I do hearing about it. After a chance conversation with one of her carers, I discovered that for days after my visits, Great Nana seemed a lot more alert, cheerful and willing to interact with other members of her care home community. Although she may be surrounded by people, she can at times feel isolated and alone.

I began to think more about the elderly who are not living in a residential home or with relatives. What about those of the generation I so admire who have no-one I thought? Who do they speak to, I asked? Those that are still independent, still very much alive but with no one to share either their past or future with? I have always been mindful of my elders, but I started to notice the aged around me a lot more. I began to think about not only the lives they have lived, but the ones they are still living. In many cases, in solitude. Could there be a way for me to connect with them?

Ths first thing I did was jump on the internet to seek out charity Age UK. An assimilation of most Age Concern branches in the UK and Help the Aged charities, they launched as an umbrella charity in 2009. After jumping on to the website, I found that my local office was just in town. A quick phone call inquiry later about how I would like to volunteer my time and a meeting had been set. Just a short interview is all that was required along with a CRB check, which they would take care of. Suddenly, I was on my way to becoming a Befriender.

I have to say that I felt a little nervous. It was an interview, after all. What if I was the wrong type of person to sit and chat with strangers in their own home? It was all very well and good sitting and talking to a relative, but was I cut out for doing it with someone I didn't know? The friendly member of staff at my local Age Concern branch thought I was just the right type of person. After getting to know a bit about me, she knew straight away that she had one potential lady on her books ready to meet me. Once my CRB check had cleared, a date was set for me to meet 89 year old Marjorie. The Age Concern representative would be on hand and although there were slightly awkward moments during our first meeting, as there always can always be when you meet someone new, by my second visit, the flow had become a lot easier.

In the two years I have been visiting Marjorie I like to think that I have helped her in small, but significant ways. Simple things like picking up some milk on my way round, a bunch of flowers on a gloomy Saturday or the gossip from my office. Now in her 92nd year, she likes nothing more than to hear about the exploits of the people I know in the world beyond her front door. Widowed 4 years ago after 50 years with her husband, she has become much more of a recluse in the last year or so. She chooses not to interact with many people, and I feel privileged that I met her when I did.

She has imparted so much knowledge to me over our time spent together. Not only about how her life was when she was young, but how she feels about love, politics, religion, literature and music, how to make the best roast potatoes this side of 1950 and that sometimes, silence in another's company is all that is needed to feel included. There are occasions when we might just sit, dunk our biscuits in our tea and listen to a play on the radio. There are times when she tells me of her departed husband, how they met, fell in love and married only three years before his passing. There are plenty of discussions about history and its effects on our lives now. I have discovered more about myself and that just to have someone around the house for an hour or so a week has been enough to make Marjorie feel more connected.

Throughout last summer, I received a second placement with another local lady. The difference between Liz and Marjorie could not have been more stark. Whereas Marjorie is frail and housebound, Liz wanted nothing more than to go for a walk, attend a swimming class or visit somewhere nice for lunch. I was happy to oblige and for a time could be seen in my local woodland trailing behind an 85 year old power walker. The summer I spent with Liz reminded me that not all elderly folk are weak or feeble. Some are just simply seeking someone to share their hobbies with.

I would recommend Befriending to anyone in a heartbeat. I have been known to tell strangers of its value in the supermarket queue, to colleagues at work and to my friends down the pub. If you have just one spare hour a week, it could be well spent in the company of someone from the generation we are told were made of "sterner stuff". That may well be true, but they are as vulnerable as any of us.

You can find out more about befriending on the Age UK website, or sign up as a volunteer on Charity Choice and let charities get in touch with you directly! 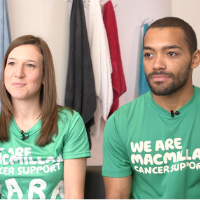 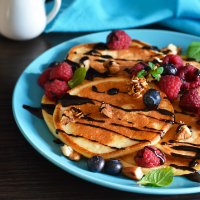 Stuff Your Face (And Raise Money) On Pancake Day 2017 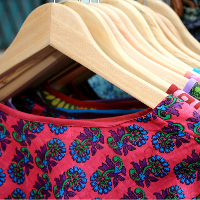