How to Adopt a Pet from an Animal Shelter

Adopting a new pet from a charity animal shelter can be fantastic experience for both owner and pet – but it takes time, money and forward planning.

Every year, hundreds of thousands of rescue animals are given a second chance at a new home and life. For the people who take them in, a pet can be a source of great joy. But it also carries with it a sense of responsibility. So before deciding to adopt an animal from a charity shelter, you need to ask yourself a few questions.

First off, there’s the finances. There’s no getting round it: pets can be expensive. They need to be fed, watered and well looked after – and that’s just start of things.

“You have to consider the ‘what if?’ scenario,” says Tania Marsh, deputy manager at Cats Protection’s National Cat Centre in Hayward’s Heath. “A lot of people think the only expenses to consider are food and drink. They’re not. You have to consider whether you could afford veterinary bills if your cat becomes ill. That’s why we always advise prospective owners to insure their cats against those ‘what if’ scenarios.”

Dogs can be equally expensive. “It’s that old saying: a dog is for life, not just for Christmas,” says, Catherine Foster, head of fundraising at Jerry Green Dog Rescue. “There’ll be some unexpected expenses further down the line, and you need to make sure you can afford to cover them.”

Animals, like children, need a lot of attention. Some pets such as cats might be more independent, while other such as dogs will need around-the-clock care. Do you have enough time to properly care for a pet?

“You don’t have to take cats for a walk and, as such, they can be an ideal pet for those with full-time jobs,” says Tania. “However, while they don’t need your company, they do want it. They also need a certain amount of upkeep – long-haired cats, for instance, need to be groomed.”

While cats can take themselves for a walk, dogs rely on their owners to take them out – and some breeds need more exercise than others. “At the centre, we put a lot of emphasis on pairing the right dog with the right owner,” says Catherine. “For instance, a dog such as a husky needs a lot of exercise, which might make them unsuitable for someone who works long hours or is less physically able.”

To help pair dogs with the right owners, Jerry Green runs a ‘meet and match’ scheme. This happens away from the kennels in a bid to better replicate the home environment.
During these meetings, the charity will find out more about the prospective owner’s living arrangements. Chief among these is whether they have any other pets at home.

“We’d rarely place a dog such as a greyhound in a house that has a rabbit,” says Katherine. “If there are other pets in the house, it’s important that the animals are introduced to each other slowly and in the right way.”

Tania says that’s even more the case with cats. “Whereas dogs are a pack animal, cats are more solitary creatures,” she says. “You can’t just put two cats in a room and expect them to get on. So we spend a lot of time explaining the integration process to owners. It’s all about taking things one step at a time.”

There are plenty of benefits to owning an animal. According to certain studies, children brought up with pets have more stable immune systems than those in non-pet owning homes, and missed fewer school days through sickness.

Another study found that older people who regularly walked their dogs, walked faster and had better mobility than those who didn’t walk regularly.

For children, there’s evidence to suggest that owning a pet can help to improve their social skills. “Pets encourage children to develop compassion, empathy and respect for living things,” says Tania. “Those are skills that will help them throughout their lives. Owning a pet also teaches kids about illness and mortality, which are again things they will have to deal with as adults.”

There’s a reason why dogs and cats are regularly brought into hospital: they cheer people up.

“There’s no better stress relief than playing with a cat,” says Tania, “and they can be a great source of companionship for those living alone.”

The same goes for dogs. “Dogs are such loyal companions,” says Catherine. “They can really lift their owner’s spirits and stop them from feeling lonely. For people living alone, owning a pet gives them something to care and provide for. It can be such positive thing for both parties.”

Jerry Green Dog Rescue re-homes about 500 dogs a year from its five rescue centres across Yorkshire, Lincolnshire and Nottinghamshire

Cats Protection is a national charity that rescues, re-homes and reunites about 48,000 cats a year 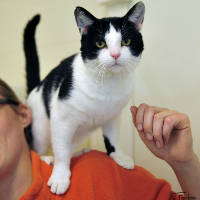 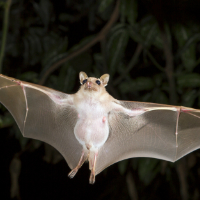 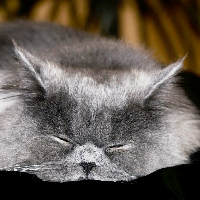 How to adopt a pedigree cat from a rescue shelter