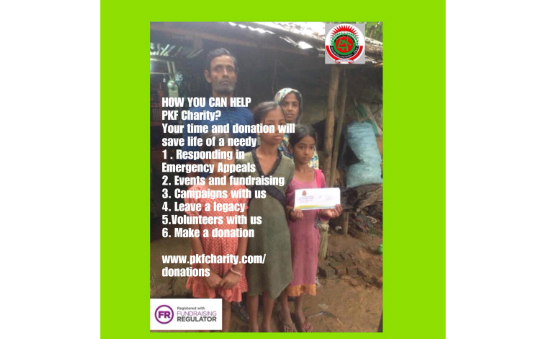 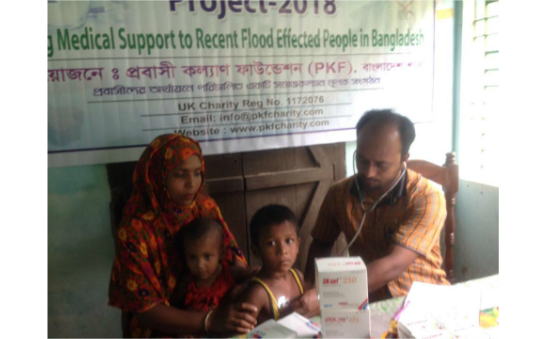 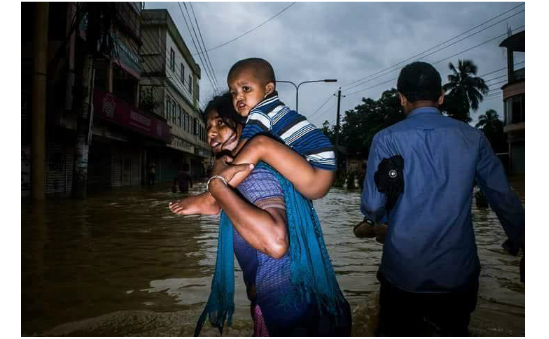 Probashi Kollan Foundation (PKF) is a non-profit charity organisation that aims to help and support the poor and needy. Established in December 2014, we officially registered as a CIO in March 2017. Our ambition is to reduce and eventually eliminate poverty in countries such as Bangladesh, as thousands of people needlessly suffer due to terrible living conditions. We’re a helping hand for the forgotten people throughout society.

Ultimately, we aim to raise awareness for people that need care and assistance. We aim to campaign, raising awareness for women, orphans, and those with special needs, such as the elderly, or those living with a disability. Support for poor children is paramount, as limited education and child labour limits their prospects. In countries such as Bangladesh, many children are given a job at a young age, which restricts or completely nullifies their education. With more than 100 donors in the UK, and some outside the UK, we are a driving force for positive change.