Should the tail docking ban be weakened? 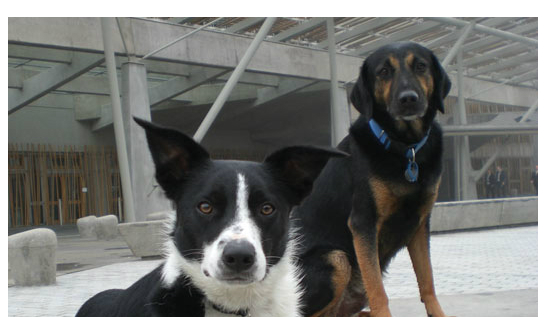 Tail docking was banned in Scotland in 2006. Since then, thousands if not tens of thousands of dogs have kept their tails when they would otherwise have been cut off in their first week of life.

However, it has also meant that more working dogs have suffered tail injuries. That’s why the Scottish Government appear to be about to propose a weakening of the ban to allow docking of working dogs’ tails. But is this the right thing to do?

One internet survey of the owners of 2860 working dogs in Scotland found that 13.5 per cent sustained at least one tail injury during the 2010/2011 shooting season. They estimate that between two and 18 spaniels would need to have the tails docked to prevent one injury. Another study of all dogs that visited 16 veterinary practices located in Scotland between 2002 and early 2012 found tail injuries occurred in 0.9% of working dog breeds. They estimate that to prevent one tail amputation in spaniels, 320 spaniel puppies would need to be docked.

So, we know that tail docking does reduce tail injuries in dogs. But the question is, what are the welfare implications of tail docking and are they justified by the benefits?

Without a shadow of doubt, we know that docking causing pain to puppies. This was a key finding in a review by Defra back in 2002. There is also extensive evidence that farm animals that routinely have their tails cut off like lambs also feel pain. There is also evidence that some dogs suffer from some types of ‘pathological’ long-term pain as a result of the tissue damage caused by docking.

In addition, tail docking can have other consequences for the dog. In particular, because of the relationship between the muscles in the dog’s tail, back and pelvic area, tail-docking can cause problems for the functioning of the muscles associated with the rectum, anus and pelvis. This includes an increased risk of faecal incontinence, acquired urinary incontinence and perineal hernia. These issues are explored extensively in a report we commissioned back when the ban was first being considered.

Finally, we need to remember the vital role tails play in communicating the dog’s emotional state and mood, including friendliness, dominance, submission and antagonism. Very little is known about the impact of full or partial tail docking on a dog’s ability to communicate and its behaviour, but given the role the tail plays it stands to reason that removing it may cause the dog to have long-term problems.

So, the question is: do the benefits of avoided tail injuries outweigh the negative impacts of blanket tail docking for working dogs?

We think not. Every dog that has its tail docked suffers acute pain at the time of amputation, and may suffer throughout or at other times of their lives too. This does, of course, leave working dogs more vulnerable than they would otherwise be to painful injuries. We believe this should be addressed. Not by adopting a policy of mutilation, but by not asking dogs to undertake dangerous work such as retrieving carcases from thick gorse or brambles in the first place.