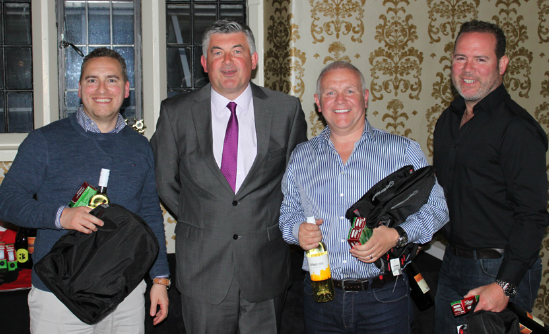 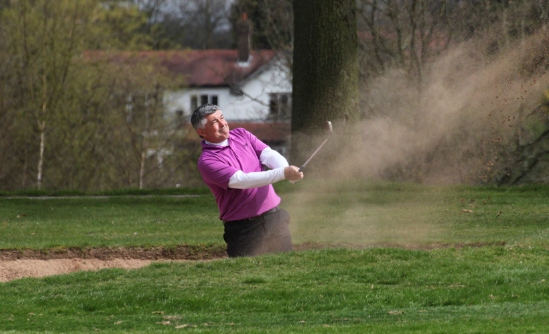 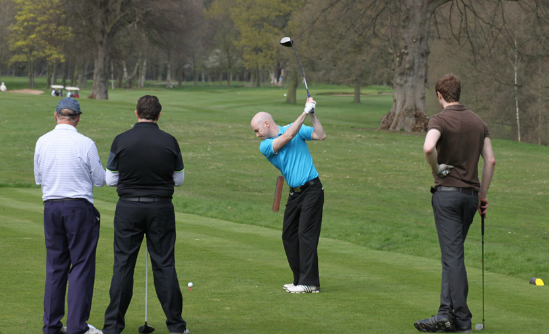 The sun was shining on the Mere Golf Resort in Knutsford, Cheshire, for 15 teams to enjoy a fantastic day of golf.  The day raised an impressive £2280 from the auction, raffle and donations, which is £880 more than last year.  The eventual winners, Precise Mortgages, won a selection of golf bag covers and a bottle of champagne each.  The runner-ups were Nemo Personal Finance and, in third place, Fluent Money, all of whom won individual golfing prizes.

The competition was fierce as they competed to win great prizes throughout the day including a HSBC golf jacket for the longest drive and a Golf shirt for the nearest pin.  Ex-professional snooker player and KidsOut patron, John Parrot MBE, was there to host the event and provided a thoroughly entertaining talk.  Also giving a short presentation about our work was KidsOut Chairman, Helen Pitcher.  Helen was there to support her father who was competing in the event.  KidsOut CEO, Gordon Moulds, and Chief Ambassador, Julian Margolin, were also taking part, but both have been cagey about their respective scores: better luck next year!

We would like to thank Mark Brown, Committee Chairman for Manchester, and Kevin Hindley, Committee Member for Manchester, for helping to organise the event and our thanks as ever to John Parrot for hosting and donating a signed snooker cue and chance to play golf with him at his club that raised an additional £1310 of the £1600 total from the auction.