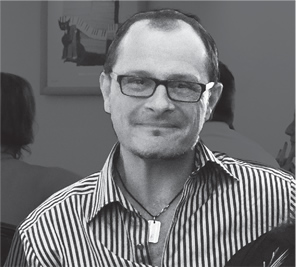 Parkinson’s disease is a neurological condition that affects body movement, including everyday things like walking, writing, or even talking. Symptoms tend to appear in people over the age of 50, but younger people are also sometimes diagnosed with young-onset Parkinson’s. Matt had lived with Parkinson’s since childhood, but a pioneering treatment by Brain Research Trust has made the disease easier for him to live with. Read his story below.

As a child Matt Eagles developed young-onset Parkinson’s disease, the first symptoms appearing when he was only 7 years old. Living with Parkinson’s was hard for him growing up. The various medications he was given helped him to keep doing the activities he enjoyed, but he found it hard being different from his friends. Some of the drugs could also have unpleasant side-effects – for instance one medication that he had been taking for ten years began to give him panic attacks, a side-effect of long term use.

Matt explains: “I had an operation at Queen Square to insert electrodes for deep brain stimulation. The electrodes are controlled by a unit fixed to my chest – like a pace-maker – with which I can alter the symptoms. It’s a bit like being the Bionic Man! While it’s not a cure, DBS is easing my symptoms and reducing my reliance on drugs. It’s had a major effect on my life.”

Brain Research Trust introduced the use of Deep Brain Simulation to the UK, and is currently raising funds so that they can continue to investigate how this remarkable treatment and others can help people living with brain conditions. Following the success of DBS for diseases like Parkinson's, researchers have now found it can help to alleviate the symptoms of other diseases, such as cluster headaches.

Matt says: "DBS has changed my life. Rather than going from really twitchy to almost immobile in a matter of minutes, I find myself on a pretty even keel most of the day. []My life continues to go from strength to strength following my 5 year anniversary of my Deep Brain Stimulation Surgery. I am likely to need a battery change in the new year but I've so much to look forward to!”

If you would like to help fund more research into treatments for Parkinson’s and other neurological conditions, visit the Brain Research Trust appeal page on Charity Choice. A small donation from you could help contribute towards the research that is improving the lives of people living with brain disease.

10 small acts of kindness to help with mental wellbeing now

Have your say on World Mental Health Day