Gone to Ghana – volunteering in Africa

Moving from leafy Surrey to rural Ghana isn’t everyone’s idea of a good time. But that’s exactly what Dominic Bond and his young family did for five months in 2012.

The co-founder of the Sabre Charitable Trust, a charity building better schools in Ghana, which Dominic started with his friend Aubrey Malcolm-Green in 2003, was keen to experience the charity’s day-to-day challenges firsthand.

So last August, he, his wife and their two young children upped sticks to Elmina, a small town on Ghana’s coast and home to the Sabre Charitable Trust’s headquarters. “I’d lived in Angola and Mozambique, and my wife grew up in Kenya,” says Dominic. “But living in Africa with a young family brought with it a lot of new challenges.”

Chief among these was finding suitable food for Dominic’s son, Raffy, who suffers from a number of severe allergies. “Thankfully, there was a Shell garage nearby that stocked things like soya milk,” says Dominic, “but it was a real challenge at times”.

The family also had to contend with the lack of running water, which was turned off from 5.30am to 8.30am everyday, and the frequent power cuts that were affecting Ghana at the time.

However, Dominic says these hardships were easily counterbalanced by seeing the charity in action. During his five months in Elmina, he helped to get a new teacher training programme up and running, which, if successful, will be rolled out across the whole of Ghana. There was also the appointment of a local Country Programme Manager, Issahaku Abudulai, preparing the way for Aubrey and his family to return to the UK.

Aubrey’s love-affair with Ghana arguably goes even deeper than Dominic’s. Indeed, the initial inspiration for the charity sprung from a visit to the country that Aubrey had made more than a decade beforehand. Aubrey had been driving across the African desert delivering medical supplies with friends to a clinic in Elmina. During his two months there, he got to know the local community and hear about the desperate lack of school facilities, particularly for the very young. Upon leaving Elmina, he made a vow to return one day and help the community build a school.

To date, the Sabre Charitable Trust has built five schools, with a sixth already underway. These schools, built with the help of engineering firm Arup, are made from sustainable and locally sourced building materials to provide an optimal learning environment for young children. However, it’s not just academic buildings that the charity is developing – it’s also training up local teachers and providing learning resources. “The idea of the charity was always to support local skills development,” says Dominic, “so the vast majority of our team in Elmina is Ghanaian, and we are committed to training up local craftsmen and teachers through our projects”.

However, the charity also welcomes help from overseas. “We run a number of short-term volunteering projects, in which people can come to Ghana to work alongside a local construction team and help build a school,” says Dominic. “For volunteers, it offers them a chance to make a tangible difference in Africa. For the schoolchildren, it offers them a better chance of gaining an education.”

Having returned to the UK in December, Dominic looks back on his five months in Africa with the fondest of memories. “I’m delighted to have put in place new programmes and structures that will make a lasting difference to the organisation, and ultimately build a brighter future for school children in Ghana,” he says. “There are certainly challenges with living in Africa, but I’m really glad we did it.”

Has this got you inspired to follow in Dominic’s footsteps and volunteer overseas? You can search for charities doing international work in Charity Choice's 'Find a Charity' directory, or register your interest as a volunteer and let the charities find you! 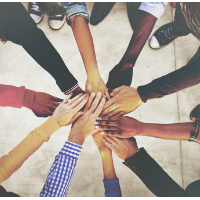 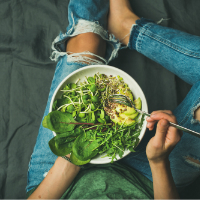 Will YOU be going vegan for January? 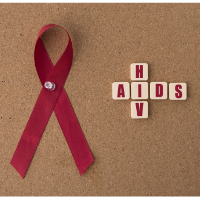