From redcoat to PC Tony Stamp, it’s certainly been a life less ordinary for ex-Bill actor Graham Cole. He talks to Claudia Rios about his acting career, and charity work with Essex Air Ambulance.

You started your performing career as a Redcoat. What was life like as a holiday park entertainer?
I’d never been to one before, and I have to say it was quite a shock at first. But it’s a wonderful opportunity to get out there and apply your craft, and it helped put me in fantastic stead. We used to do 'It’s A Knockout' once a week and everyone thought it was hysterical to throw me into the swimming pool afterwards. I had to go to my boss and tell them two outfits weren’t enough, because I was always trying to dry one.

You starred as PC Tony Stamp in The Bill for over 20 years. What has life been like since you left?
I think the hardest thing to get used to is no longer having to get up at 5.30 in the morning, which I’d done for 20 years. For a lot of people who are made redundant or retire, that’s the biggest change they have to get used to. Our working day was 7am-7pm, and I would often work six days a week. I miss that. I also miss my mates beyond belief. But I’m still mates with the core of the actors from The Bill, we’re quite a tight little group.

Did you ever have to accompany the real police on their beat as part of your research for the role?
Yes I did, many times. The only way I could play Tony Stamp the way the producers wanted me to was to go out with the guys who actually did it. I really wanted to know what motivated them. Their openness, their honesty and the fact that they would let this actor sit in the back and ask stupid questions for 10-hour shifts is the reason Tony Stamp survived as long as he did.

You also did a few car stunts during your time on the show.
A few? I was never stunt doubled in a car stunt, ever! And other than those that were staged to happen, I never had any accidents. It’s all about training, and I already had a racing licence when I joined The Bill. Fortunately the Met were amazing to me again – I did the actual police driving course about eight times. So it became second nature to me.

Have you ever driven anything more extreme or unusual?
I’m a member of the Institute of Advanced Motorists and I’ve driven all sorts of things, from double-decker buses to fire engines. I was challenged once to take a big tanker around a go-kart track and raised a large amount of money for ChildLine, which is one of the charities I support. I’ve also flown small planes, and have been allowed to hover a helicopter many times; I’m involved in helicopters in all sorts of ways.

Yes, you’ve been a supporter of Essex Air Ambulance (EHAAT) for several years, how did you get involved with them?
I’d been up in police helicopters many times because of my work, so I saw how superb a workforce helicopter crew are, and growing up in Essex, I know how important those rescue helicopters are. So I was delighted to get involved with Essex Air Ambulance. I was with St John Ambulance as a youth, and in real road crashes where you’re trying to help people, when that helicopter comes down and those highly trained teams get out, I can’t tell you what a relief it is to see them.

What do you admire most about Essex Air Ambulance?
Having seen the work that these teams do, I’m so full of admiration for them – to be able to land a helicopter on the M25 with cables and trees and all sorts around you is amazing. And if you’ve ever talked to patients who have been injured, they will tell you that when you see that helicopter coming down, you really do think “I’m going to be OK now”. With a charity like EHAAT, you never know when you’re going to need them, so it’s important to support them.

You appeared in several episodes of Dr Who in the 80s, playing various monsters and aliens. Some of those costumes look quite uncomfortable!
You’ve got to be a strange kind of actor to dress up in all that rubber and for it to not panic you. You’re obviously masked and all sorts of things, and you’re in there for hours! I’ve played Marshmen, I also played Melkur, who used to go up against the Tardis, and I was the first of the Cybermen. They released a CD a few years ago and in it I play a safecracker, and I also voiced Melkur – 30 years after I first played him in the TV series! That’s part of the fun of this industry.

According to your autobiography, 'On the Beat', you’ve had some unique experiences in your professional life. What has been the weirdest moment?
One of the greatest jobs was when I played a policeman with Sooty. I was investigating a ‘ralgrub’ (that’s burglar backwards), and the story was about this man who kept breaking into Sooty’s house. That was pretty weird. But it’s just the nature of my job, and it’s what I love. I’m kind of known in the industry as being someone who will give it a go whatever it is, and I quite enjoy the bizarre. I also did loads with Kenny Everett – if you want weird, look up the ‘bus gag’ on YouTube!

Finally, what is the best thing about being an actor?
One of the most exciting things about being an actor is you never know who’s going to ring you, or what the next acting job is going to be. I get to do lots of charity stuff too. I’m a patron of Help for Heroes, for example, and went on The Million Pound Drop for them. You just don’t know in life where you’re going or what’s going to happen next. But I must say the public have been amazing to me. Their support is fantastic. 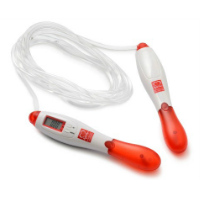 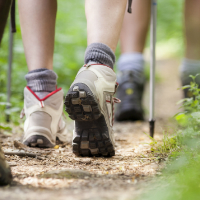 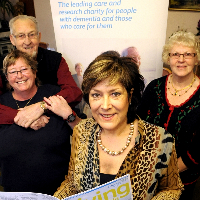