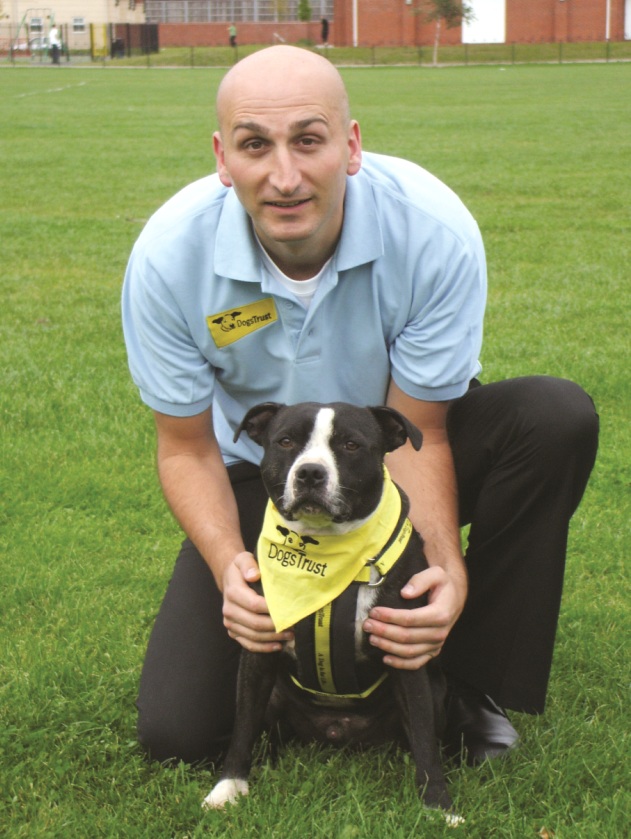 Dogs Trust is the largest dog welfare charity in the UK, with programs for rehoming, neutering, fostering, advisory, and schools education. But what is it really like working for them? Scott Spencer, an Education Officer for Dogs Trust, tells us what he might get up to in a typical day.

“He’s adorable,” says the Headteacher as we struggle through reception. An audience quickly gathers, all of them teachers. “What sort is he?”
“He’s a Staffie,” I say.

Otis may not be your average Staffordshire Bull Terrier (he’s tall and thin and quiet) but he knows how to work a crowd.

“Is he hungry? He looks hungry. Perhaps I should give him a biscuit. Would he like a biscuit? Oh, bless, he’s bowing!”

Last year, the Dogs Trust education team carried out over 3,000 workshops to an audience of approximately 90,000 pupils. But it’s not the kids that get the most excited – it’s the teachers.

There is an important underlying purpose to the work that we do, and that is to help pupils understand the responsibilities of dog ownership. It’s a serious message and one that will make a big difference to millions of dogs. It’s also a whole lot of fun!

“Who knows what happens next?”

A sea of faces stares back at me, Otis, and the group of children wearing costumes. The boy to my right whimpers, but it’s alright because he’s pretending to be a dog.

Hands shoot up all over the place and one very eager young boy, who can barely keep his bum on the floor, calls out, “He goes to see a vet!”
And before I can beckon him up he’s at the foot of the stage struggling into a vet’s outfit.

School assemblies are a great way to talk to a large audience, and as the newly appointed vet checks over the boy pretending to be a dog, Otis licks the face of a girl dressed as a canine carer. The whole hall erupts into laughter and you know that every single child in the room is going to remember the story they’ve just heard for a very long time.

We’re all sat in a circle – me, Otis, and the class of thirty pupils. A chair stands in the middle of the circle. Upon it rests a set of dog ears. Silently, a girl walks over to the chair, puts on the ears, and squats on the floor. She barks.

“This time,” I say, “let’s pretend you’ve been left alone for a very long time. Show us how you feel.”

The girl circles the chair, then cocks her leg. The class laughs, and a boy raises his hand.

“Because I don’t like peeing in the house, but what else can I do?”

That’s the great thing about kids – they always surprise you. Having been a teacher, run a play scheme, and worked with young people in the NHS, that’s something that always makes me smile.

Thirty minutes later, and our workshop is drawing to a close. The activities we run are vital for pupils to understand the responsibilities of dog ownership. They’re also free and available to schools throughout the UK.

“So,” I say to the class, “We’ve covered safety, we’ve played the blindfold game and we’ve scooped the plastic poop. What else is there for us to do?”
“Stroke Otis!” the class shouts together.

A wise old man once said, “Never work with kids and animals.” He was wrong.

You see, as the pupils quietly take it in turns to stroke Otis a connection passes between them. This simple act of touching his fur, feeling him breathe, brings it home that dogs are just like them. They have the same needs. They have the same emotions. And if a child can understand that, then our work is done.

Dogs Trust works tirelessly to promote responsible dog ownership to children and communities. To see more on our work or download information leaflets go to the Dogs Trust website, or visit Learn With Dogs Trust to learn more about our free education programme. 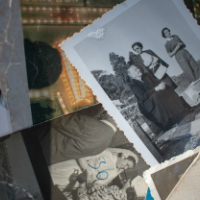 Why Kim left a gift in her Will for dementia research