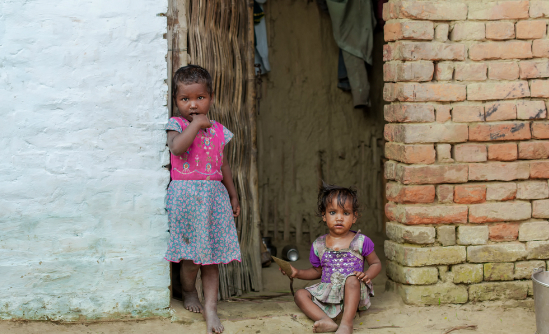 Video footage of the unstoppable tsunami in Japan on March 13 could easily give the impression that all members of a community suffer equally in such circumstances. But new research by Kids in Asia shows the continent’s poorest children experience much worse deprivations than their better-off compatriots.

“Caste and ethnicity are crucial factors in determining how vulnerable people are to climate change and natural disasters,” says Kids in Asia’s Emergency Response Co-Ordinator Joan Wall. “Our research shows that in Vietnam and India, for example, children from marginalised ethnic groups are up to seven times more likely to suffer in the event of flooding than children from majority ethnic groups.”

Changing weather patterns mean droughts, flooding, cyclones, pest invasions and crop failures are all likely to get in worse in future years – driving the need for urgent action now.

“Such disasters put the health of Asia’s most impoverished children at extreme risk,” says Wall. “When cyclones and flooding destroy homes, children are left sleeping out in the open and exposed to fatal diseases like pneumonia and malaria. When pests and droughts destroy crops, it’s often impossible for the poorest parents to afford even basic food items for their families.”

The data for Kids in Asia’s research comes from the charity’s Factuality project which monitors the experiences and progress of 5,000 children across the continent.