“It was a pleasure to hear lots of laughter from them,” said a Bolton refuge worker. “I would like to thank you for the cinema tickets on behalf of our staff and children. They seemed to have lots of fun during and after the film.”

In the third quarter of its financial year KidsOut sent out nearly 750 cinema vouchers to disadvantaged children across the UK.

Beginning with KidsOut’s popular CineEaster and Cinemania initiatives in the first half of last year, the charity has offered cinema vouchers to groups each quarter. Currently in the third quarter of its financial year, KidsOut has already sent out more than 8,000 vouchers since July.

While KidsOut typically works with a variety of groups, the latest batch of vouchers went specifically to children in refuge to use for their February half term and Easter holidays. The vouchers prove particularly popular among families living in refuge as they often struggle to entertain older children during the holidays. “This will allow us to go out with our young people at mid-term break,” said one Refuge worker. “I know that the families here really appreciate them.” 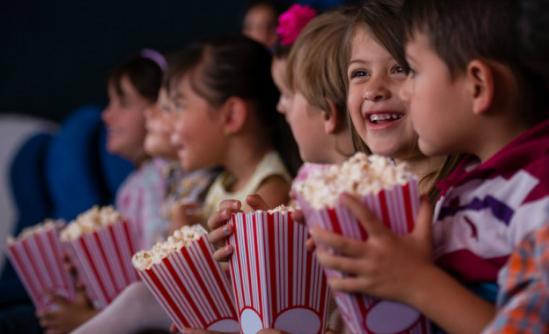