Raising the roof in Southampton

With more than 330 people in attendance, on the 12th of February the KidsOut Question of Sport Southampton event raised over £37,000 for disadvantaged children. The city’s third event for KidsOut, the evening saw attendees enjoy a three-course meal and share silly selfies on Twitter.

With Mike Osman acting as compère and quizmaster, the black-tie event featured KidsOut’s traditional mix of dinner and games. The Question of Sport’s coveted Championship league was won by Paul Basham Associates and the Europa league was claimed by WYG Group.

During the evening, two workers from the local domestic abuse refuge in Southampton shared with the audience what KidsOut had done for them. “We want to thank KidsOut for the impact it has on children who have to leave their home and all their personal things, especially toys and their friends,” said one. “When Mums move on they have priority to supply the home contents and toys for the children are way down the list. The KidsOut Toy Box scheme is amazing and they are always overjoyed to have their own box of toys for their new home.”

KidsOut would like to thank everyone who worked to make the evening a success through buying a table or volunteering their time, in particular the Southampton Committee, its chair Danielle Merrick, and Ian Sneddon. 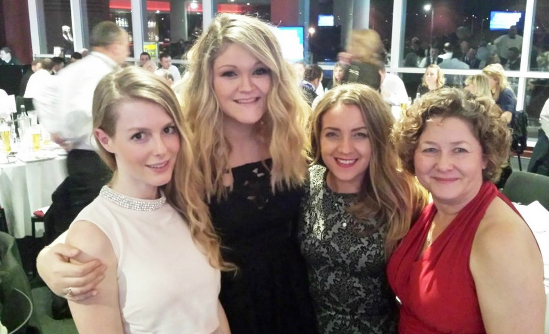