All Posts
Posted in Food & Entertainment

The 10 best (and worst) music singles for charity

Pop stars and charities have a long history together - here we choose our favourite (and least favourite) charity singles ever. Whatever your personal taste they all raised money for great causes, and that makes music to our ears!

1. Do They Know it’s Christmas? (1984)
Band Aid
The Rolls Royce of charity singles, it sold a million copies in the first week, stayed at number one for more than a month and brought worldwide attention to the Ethiopian famine.

2. Candle in the Wind (1997)
Elton John
Originally a tribute to Marilyn Monroe, the ballad was remade in the memory of Princess Diana. Sir Elton performed the song at her funeral and it quickly became the biggest-selling single in British chart history, raising £38 million for charities that were close to Diana’s heart.

3. We are the World (1985)
Various artists
Featuring the great and good of US pop music, We Are The World was America’s own Do They Know It’s Christmas? Written by Michael Jackson and Lionel Richie, the song went straight to the top of the charts, winning three Grammies in the process.

4. Perfect Day (1997)
Various artists
Any song that features David Bowie, Elton John and Shane MacGowan is reason enough for celebration. It raised millions for Comic Relief, and became one of the greatest charity singles of all time.

5. Is This the Way to Amarillo? (2005)
Tony Christie and Peter Kay
Peter Kay’s unlikely collaboration with silver-haired crooner Tony Christie for Comic Relief featured a video with everyone from Mr Blobby to Gandhi. It resulted in the year’s biggest-selling single.

3. The Stonk (1991)
Hale and Pace, featuring Brian May
Comedians Hale and Pace released this single for Comic Relief based on a fictitious dance craze: the stonk. How on earth did they convince Brian May to take part?

4. Living Doll (1986)
Cliff Richard and the Young Ones
No selection of charity singles would be complete without something from Sir Cliff. This track, originally recorded in 1959, was re-imagined in 1986 with the help of The Young Ones. All money went to Comic Relief.

5. I’m Your Man (2003)
Shane Richie
Eastenders’ actor Shane Richie was let loose on this Wham! classic – with interesting results. But the song did make loads of cash for Children in Need. 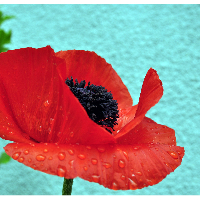 The history of Remembrance Day 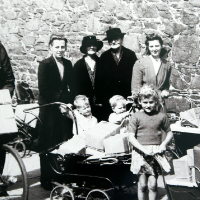 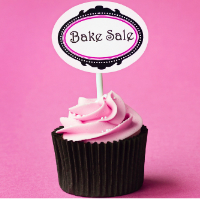 Roll your sleeves up for the Great Pink Bake Off!