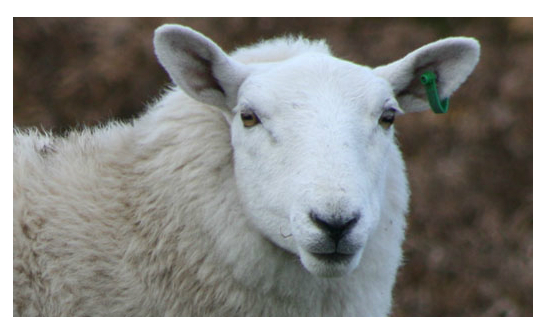 Like most people, as a child, I had a soft spot for animals, between taking home the odd stray cat, dog or occasional mouse and speaking out against the use of rodents in science classes at school, I always felt like some kind of ‘animal defender’.

Thankfully the compassion I had for them back then was never eroded, possibly because my parents encouraged my siblings and I to be kind to people, it just felt right that that kindness should be shown to animals too.

But like most people who grew up around me at that time, animal products were a big part of my diet and where the meat on my plate or the milk in my breakfast cereal came from was never spoken about. At some point of my life I did discover that a lot of the food I ate came from an animal who had been farmed and slaughtered but it was easier to live in denial than to accept the horrific reality.

Fast-forward almost 20 years and animal protection organisation ‘Advocates for Animals’ stalls were regularly set up in the city I lived in. By this time, I was aware of a lot of the horrors that animals are faced with; fox hunting, the fur trade, vivisection, bull fighting etc. and I did care, but didn’t really have the courage to become involved with the ‘animal rights’ movement.

Eventually I did pick up one of AfA’s leaflets, it turned out to be a copy of an ‘Annual Pictorial Review’ and inside there was a feature on the treatment of animals in slaughterhouses in the UK, by the time I finished reading it I had decided that I didn’t want to contribute to that cruelty any more, I decided then I would become vegetarian. It didn’t happen overnight, at that time of my life I was surrounded by family and friends who were meat eaters, restaurants and cafés offered very little in the way of vegetarian food and products from veggie companies like Quorn and Linda McCartney weren’t widely available. But bit by bit, I eliminated certain animal products from my diet and a few months later became vegetarian.

At that point I didn’t consider veganism; I had met one or two vegans and admired their commitment to a diet totally free from animal ingredients but I felt I didn’t know enough about nutrition to make that commitment myself. For instance, where would I get my much needed calcium intake without dairy products? At that time, I also didn’t realise just how much cruelty was involved in the production of milk, cheese and eggs, it didn’t seem to be well publicised.

Through time though, I picked up literature from various animal protection organisations and I did begin to learn more about how cruel the dairy and egg industry is; cows being put through multiple pregnancies, losing their calves to the veal industry, male chicks that are useless to the egg industry being killed at birth - all for something that we can live a healthy life without.

The turning point for me was when I took a job in the Advocates for Animals office; I met the nicest bunch of animal loving people you could meet. Most of them were vegan, or vegetarians who were on the road to making that commitment. They were all healthy, happy and very positive about veganism. Every day in the office there would be conversations about a delicious vegan meal they’d had, or how a certain shop had started to sell a certain vegan product, recipes were shared and whenever a staff member had a birthday we all sat down to tea and vegan cake. The cruelty of the food industry was often spoken about and the option was there to watch video footage as proof, but generally there was a positive attitude towards giving up all animal products and ingredients. I now had more than enough incentive to make that commitment myself!

Nowadays it is so easy to adopt, and stick with, a diet free from animal ingredients. There are lots of delicious, healthy vegan options in supermarkets, more and more cafes and restaurants are routinely supplying non-dairy milk and can cater for vegans (albeit sometimes they need notice), animal-free alternatives to cheese and eggs are available to buy from health shops and some supermarkets. There are animal organisations who give out lots of information on veganism – recipes, nutritional advice etc.

More and more vegan fairs are popping up all over (this year we saw people queue outside a fair in Edinburgh for an average of 90 minutes and Scotland’s first ‘Vegfest’ is due to take place in Glasgow SECC this weekend).

It is easy to become despondent at this time of year though, the thought of Christmas coming up and the mass consumption of turkeys, geese, cheese, cream and other animal products can be enough to rid you of any Christmas spirit you have. But that wouldn’t convince people there is a real alternative. I believe that while informing the public about the cruelty involved in the food industry is necessary, putting out a positive message about veganism, showing people that a diet free from animal products can be delicious, varied and healthy will go a long way towards giving them the incentive to eliminate animal products from their life.

If you attend Vegfest in Glasgow this weekend, I hope you have a FAB time and please stop at the OneKind (formerly Advocates for Animals) stall to say ‘hello’!