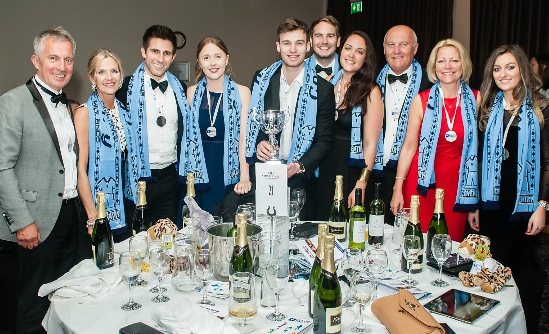 At the end of celebrating its 25th anniversary year, KidsOut came home to Liverpool, where it all began, for the city’s first Question of Sport event.
Held at the Crowne Plaza in Liverpool City Centre on the 20th of May, a Question of Sport Liverpool was KidsOut’s first fundraising event in the city and raised more than £50,000 for disadvantaged children.
Hosted by former cricketer Chris Cowdrey, the event welcomed more than 280 guests from Liverpool’s most prominent companies.
KidsOut was started in Liverpool in 1991 by Lady Grantchester, a member of the formidable Moores family, with the aim of helping disadvantaged children throughout the U.K.
Since then KidsOut has helped thousands of children escape abuse, economic hardship or other acute disadvantages by providing them with an opportunity to have fun, enjoy positive experiences and, above all, feel like children again.
The KidsOut Question of Sport events date back to 2001 when patron John Parrott was a team captain on the television show. Every penny raised from this anniversary event will be spent helping disadvantaged children in the Liverpool area.