“The party was amazing for families,” said Gemma, Children’s Development Worker from Gilgal. “It gave the children some excitement and something to look forward to when times are especially tough for them.”

On the 20th of December, more than 100 children and carers from refuges in Birmingham attended a Christmas party at the Holiday Inn. Organised by KidsOut, the party was made possible by the support of the KidsOut Birmingham Committee and Vantage Toyota Birmingham.

The event was a fun mix of disco, games, food and presents from Santa, with additional special activities including a visit from the local Fire Brigade and a circus skills workshop. “The party was a real collaboration of efforts,” said Sioned Parish-James, KidsOut Children’s Services Coordinator. “The venue was provided from the Holiday Inn, presents were from Birmingham businesses through Giving Tree, and volunteers from the committee and Vantage made it that much more special. We had people nail painting, henna painting, and face painting, another provided a dance workshop and Paul Raby from Vantage Toyota was Santa, all from the kindness of their hearts.”

The Birmingham Christmas party marks KidsOut’s last of the season, and its final Fun Day out until the New Year.

KidsOut would like to thank all of the groups and individuals who made this party possible, particularly the co-chair of the Birmingham Committee, Sara Williams. 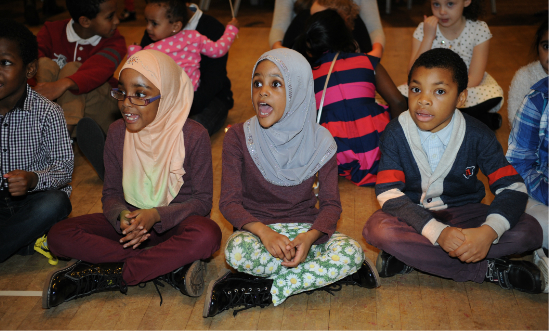