Caring beyond the farm gate

Small abattoirs have a big part to play in animal welfare 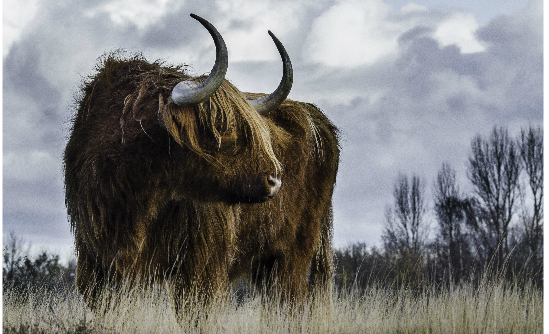 A new report by the All-Party Parliamentary Group for Animal Welfare (APGAW) on small abattoirs published this week highlights the decline of licensed abattoirs in the UK since the 1930s and the subsequent impact on animal welfare.  The HSA was one of the stakeholders taking part in the APGAW inquiry, providing valuable input and independent advice on animal welfare matters within its remit, which is reflected in the report.

The report shows how the number of licensed abattoirs in the UK has declined over the years, from 30,000 registered in the 1930s to just under 250 today.  The loss of smaller, local abattoirs has meant that livestock may be required to travel longer distances within the UK and, in some cases by sea also, both within and beyond the UK.

One of the Government’s animal welfare objectives is to reduce travel time from point of production to slaughter. This objective requires there to be an adequate number of well-distributed abattoirs in livestock rearing areas and consideration is given to the throughput of these abattoirs to ensure they can provide the service to meet the objective.  This objective is shared by farmers – the report outlines that throughout the evidence received, farmers felt very strongly that they wanted to keep journeys to slaughter as short as possible, not just because of concern for the welfare of their animals, but because they also felt longer journeys led to poor meat quality.

Farmers expanded on their concerns for animal welfare and described time in lairage as a major driver for their response, specifying the mixing of their animals with larger groups of unfamiliar animals.  Their evidence stated that processing of the animal is usually faster at smaller abattoirs, where there are fewer other animals waiting, and they may able to accompany their animals to the point of slaughter, if desired.  A farmer from Orkney stated: “Small abattoirs give small lots of native breeds experienced, relaxed handling, giving the animals the time they need to feel confident to move calmly to the stunning area.”  The report noted how smaller abattoirs may also help to reduce illegal slaughter, facilitate emergency slaughter, provide slaughter for wider species and benefit the welfare of animals born and reared on a single farm by avoiding mixing of unfamiliar animals.

Technical Director at the HSA Charlie Mason said: “The HSA was pleased to contribute towards this report, giving both verbal and written evidence to the group.  A network of smaller abattoirs would not only reduce the length of journeys undertaken by livestock, in both distance and duration, but contribute significantly to the provenance and integrity of locally-produced meat.  Timely emergency and casualty slaughter is also an important animal welfare provision which may be more easily met by smaller abattoirs.”

The report makes a number of recommendations, including providing slaughter options that enable shorter journey times from point of rearing to point of slaughter, recognition of small abattoirs’ contributions to animal welfare and environmental benefits and that public bodies, in particular economic partnerships or forums, see small abattoirs as essential infrastructure supporting the rural economy.  It also recommended giving consideration as to how small abattoirs could be supported to access training and development of skills that enable them to have Animal Welfare Officers and offer a wider range of services, such as equine slaughter.

The report concluded: “During this piece of work, members of the inquiry were impressed by the engagement of stakeholders and the commitment to raise awareness of the decline in abattoirs. It is hoped that this report helps in some way to bring Government together with the stakeholders to support small abattoirs firstly with access to the capital needed to modernise and then to facilitate the development of business models that enable their sustainability.”

HELP US TO BE ABLE TO DO MORE