All Posts
Posted in Gifts in Wills & In Memory

Times are hard for charities – a recent report from CAF and the NCVO suggests that donations to charities have dropped by 20% in the past year.

But it’s not all bad news. Over the past 5 years, the number of people leaving a charitable gift in their will (a legacy) increased by 20 per cent; and by 2011, £13 out of every £100 raised by the top 500 UK charities came from legacies.

Gifts in wills are a vital source of income for charities. People can leave much more in their will than they would be able to during their lifetime, and a single legacy can have a huge impact on a charity and its beneficiaries:

In 2009 the Partially Sighted Society received 2 legacies amounting to £1.7 million which made up a staggering 93% of their total annual income for the year.

“Legacies are our lifeline,” says Norman Stenson, General Secretary at the Partially Sighted Society, a national charity that has been providing advice and information to visually impaired people for 40 years. “We don’t receive any statutory funding, so we’re totally reliant on legacies and voluntary donations. We received a substantial legacy donation in 2009 that helped the charity to purchase and adapt its own premises. Up until then, we’d been in rented property for 30 years. We now have a permanent base where visually impaired local people can come to receive help.”

But not everyone leaves money to charities in their will. Legacies, or gifts in wills, can take many forms.

Leaving money to charity in your will is probably the most recognised form of a gift. These can range from a few pounds to hundreds and thousands of pounds. This type of gift is easy for the charity to ascertain the value, as it is clearly stated in the wishes of the will writer. Some variance can occur if the gift leaver states that the gift should be “index-linked” as this means that the gift can go up or down depending on the inflation rates since making the will. Therefore a £100 gift left in someone’s will from 2000 would be worth £136 to the charity today.

Some charities see a large number of personal effects left to them in wills such as old clothes, shoes and accessories. These gifts are often left to charities that also operate second-hand shops and the clothes are then sold on to create revenue for the charity. But higher value items can also be left. For example, museums and art galleries are often left original paintings and antique furniture, and military organisations may see military memorabilia being left to them. A lot of the motivation for this kind of gift is to enable more people to ultimately benefit from the item; if an original Picasso is left to an art gallery, all the gallery’s visitors will be able to view it rather than it being hidden away in someone’s attic.

If someone has a high value item but would like it to benefit more than one charity or person, they can specify that the item is to be sold with the income from the sale being split amongst the proposed beneficiaries (the people or organisations that will benefit from the gift). The gift leaver that has the Picasso painting might prefer their children and a charity to both benefit from the artwork, therefore the gift could be left as “sale proceeds of my Picasso painting to be split between…” or something similar. There is no limit to the size of gift of this sort but they are generally not small values.

After all other gifts have been accounted for in someone’s will, the remaining estate value is called the residuary estate – this is once the cash gifts, specific items and sale proceeds have all been taken into account, and any outstanding debts have been paid. Ultimately, this is what is left in the pot at the end. Rather than leaving specific amounts or items to charity, some people prefer to leave them a share of this pot. The value depends on the initial estate value and the value of any legacies already distributed, so this kind of gift is harder for charities to calculate the total financial benefit. However, residuary gifts are usually worth more than cash gifts.

Of course most people want to support their family and friends first of all, and a gift to charity is something they feel they would like to do but can’t afford. However there is another option: a conditional gift to charity is one where the charity will only benefit if a certain condition has been met. These are usually things like “if the gift to my sister shall fail for such and such a reason, then it should instead go to this charity”, and the charity might then benefit from the will. The charity can’t assume they will get this gift, so they can’t plan on receiving that income until it actually comes in.

There are many different types of gifts you can leave, and I have only touched on a few here. If you are thinking of leaving a gift to charity in your will, visit our Gifts in Wills page, or ask a solicitor for more information.

This article was written by Sarah Stickland of Smee & Ford, and first appeared in Charity Choice magazine, Issue 11 2012. 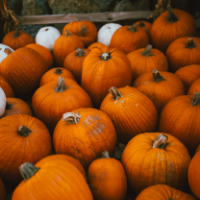 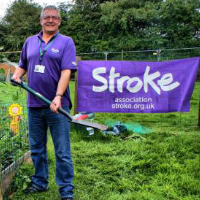 Celebrate this May with the Stroke Association 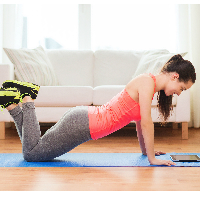