Carol Vorderman is best known for her two decades on TV show Countdown, but is also patron of cleft lip charity CLAPA (Cleft Lip and Palate Association). Charity Choice talked to her about her career, friendships, and work with charities.

How did you become patron of CLAPA?
My brother, Anton, was born with a double cleft lip and palate, which is the most severe form. He’s 58 now – in those days very little was done for these children and their families. He has had 24 big operations over the course of his lifetime, so it’s something that we were always very conscious of. I was particularly close to my brother when I was growing up, and when CLAPA asked me to be patron ten years ago I was delighted to be involved.

How might someone like your brother, with severe cleft lip and palate, be affected?
Basically, Anton was born without a nose or a mouth. It’s all there but it’s not properly formed, so reconstructive surgery is usually needed.

How did the condition affect your family?
When I was born my mother separated from our father so she had to bring us up alone. Anton couldn’t really speak properly, so she had to save up for lessons with the speech therapist. We were very poor because my father wouldn’t pay any maintenance. The speech therapy was terribly important. In those days people with cleft often spoke in quite a nasal way and sometimes it was assumed, quite wrongly, that they were simple. It has nothing to do with intelligence but was a physical consequence of all the reconstruction. There can be holes in various parts of the palate that have to be sewn up and reformed which impacts on speech.

What kinds of help can CLAPA offer that weren’t available for Anton and your family?
It’s a brilliant charity because it helps families, which was something we never had. It is very hands-on with the NHS as well. Ten years ago cleft patients would have visited their local hospitals but now there are regional centres of excellent expertise, which is something CLAPA has helped with. For instance the one in the south-west, where I live, is in Bristol. It’s headed up by a brilliant surgeon called Nigel Mercer. It means patients are dealt with by an expert team, which includes counsellors, speech therapists, and surgeons – all specialising in cleft. My brother, with Nigel and Gareth who used to run CLAPA, has set up a European cleft charity now too, which is called the European Cleft Organisation (ECO). An awful lot of children around Europe suffer where there is no provision for cleft so Anton has taken operating tables over there.

Has there been an improvement in quality of life for people with cleft since your family’s experiences?
It’s much, much better. The surgery that takes place just within the first year or so is incomparable. But my brother was born 58 years ago so that would be the case with a lot of things.

How much time do you spend on your charities?
I think in total it’s probably about four to six weeks each year. I do loads of other bits for auctions, but the four charities I’m officially involved with are CLAPA, PC Rathband’s Blue Lamp Foundation, Wellbeing of Women (WOW) and The Prince’s Trust. I’m asked to be patron of many charities but I say no, not because a charity isn’t a good one, but because I can’t give the proper amount of time to it and I don’t think that’s right or fair.

You raised money through the Great North Run once or twice didn’t you?
Yes, for Marie Curie. I walked it for my great friend, Richard Whiteley. His sister, Helen, had died of cancer a number of years earlier, when she was very young. It hit Richard very hard and he had always supported Marie Curie since then. So when he died in 2005, Richard’s partner, Kathy, and I decided we would ‘Walk for Whiteley’ on the Great North Run.

What are your fondest memories of Richard?
There are so many – we worked together for 23 years. In the early 2000s I won £125,000 for charity as the first ever contestant on Celebrity Millionaire. This was when celebrity-style programmes didn’t exist; it was one of the very first so I think there were 15 million viewers. It was big news and Richard was my phone-a-friend. In classic Richard style, bearing in mind that every round on Countdown lasted 30 seconds and of course the time allowed with your phone a friend is 30 seconds – what did he do? He ran out of time before he gave me the answer! He must have counted out 30 seconds 20,000 times by that point in his career!

We laughed our way through everything. It was what we call in the North, belly laughing, where everything else just disappears, to the point that we’d look at each other and have to say “don’t look at me or I’ll actually be ill I’m laughing so much!”

You've had many highs over the years, but what have been the low points?
When Richard died was the saddest moment. It was horrible to continue Countdown without him, I didn’t enjoy that. I wanted it to carry on because I knew that he would have wanted us to. Many millions of our Countdowners – our name for people who watched the programme – were very supportive as they were so fond of him.

Was there a point at which you thought you wouldn’t carry on doing it without him?
If they had said ‘right we’re not doing it anymore’, that would have been fine with me. I was struck down with grief for many months, it’s a horrible thing. I didn’t know what to do but all the time I consulted Kathy and then I carried on. Then when I was booted off, it was like losing him all over again.

Do you think it was the chemistry between you that kept you on Countdown for so long?
It was. I was offered some big contracts by BBC and ITV while I was doing Countdown. They would say, “of course you’ll have to give up your Channel 4 show”, but I said I wouldn’t. It could easily have been a deal breaker but in the end they gave in.

Do you think you would have gone into broadcasting eventually if Countdown hadn’t come up?
No, I had an engineering degree from Cambridge by that point. I’d gone to university at 17, from a comp where no-one had ever been to Cambridge, so by the age of 20 I was just thinking, ‘wow’. I felt I had a year or two in hand because I was a young graduate, so I spent a couple of years doing what I wanted and then I got a job with the computing company, Tandy. It was the very early days of desktop computers and I thought it was very exciting. When I started on Countdown I never thought for a second that it would last any longer than about eight weeks, so I stayed at Tandy for my first year on the show.

You filmed the show round your day job?
Yes, I had to take holiday to do Countdown. It didn’t pay as much as my salary but after a year we got a new contract from Channel 4 and I had to make a choice. At the time my Mum and I had a tiny house together, with a joint mortgage, and I worked out we could just about survive if I didn’t earn anything other than the Countdown money. It was very different from how I live now, but I was very happy.

What was it that made you so happy?
I loved living in Leeds. We had come from nothing, and when I graduated my mum, who by then was age 52, was living in student digs in Windsor. So we couldn’t believe our luck just to have a home we could call our own, it was fantastic. To us everything that happened from the moment we woke up in the morning to when we went to bed was a bonus – life was fabulous to us.

Do you think it highlighted what was really important to you?
I grew up knowing what was important in life. When you come from nothing you know you’re going to have to work hard in order to be secure, so that’s what I’ve done for most of my life – worked as hard as I could. I think nowadays there’s a great emphasis on materialism, and people lose out because of that. They get temporary moments of what they think is happiness because they’ve bought a particular handbag, but that’s not really what does it.

Were you as happy doing other shows as you were on Countdown?
I had some great times working on other programmes, but Countdown was always my home. I also love doing the Daily Mirror Pride of Britain Awards for ITV.

Wasn’t that how you came to be involved with PC Rathband’s Blue Lamp Foundation?
Yes, in 2010 David Rathband won a Pride of Britain Award because of the way he had recovered from his shooting by Raoul Moat, and also for setting up the charity. Shortly after, around New Years time, he asked me whether I would be a patron, which I said yes to. So it’s all very recent but the charity is a fine one and I’m delighted to be a part of it. David himself is a very special person.

If you'd like to support CLAPA in their incredible work, you can make a donation via their Charity Choice page, or visit the page to find out more about what they do. 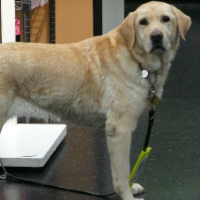 Building a Life with Guide Dogs 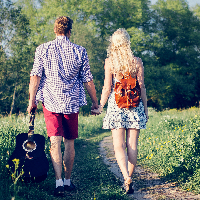 Walks with a difference 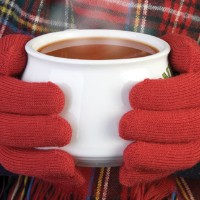