The UK is leading a social investment revolution with the government piloting social impact bonds, the launch of Big Society Capital and a growing social conscience in business. Hannah Gannagé-Stewart reports

The first defining characteristic you’ll read of venture philanthropy if you look it up on Wikipedia is: “Willingness to experiment and ‘try new approaches.’” Only after that point has been made does the author list more familiar principles of attracting funding for social impact, such as having measurable outcomes or building relationships with the financiers.

A willingness to experiment is a characteristic more often associated with entrepreneurs than with fundraisers. The word ‘experiment’ equates to ‘risk’ for many in the charity world, and though taking risks might be applauded in the corporate sector, rarely is it appreciated in charities.

It shouldn’t be surprising that venture philanthropy shares characteristics more frequently associated with enterprise when you consider that its founding principles evolved from venture capital. As with venture capital, the defining feature of this emerging model of philanthropy is investment. Unlike its capitalist counterpart, the return is not purely financial.

But social investment is not a new phenomenon. The Charities Aid Foundation (CAF) has been running its Venturesome fund since 2002 for example. However it has gained traction since 2008, not just within the sector, but also from key players across the social spectrum. For a number of years debate has wrangled with the problem of coming up with a universal method of demonstrating social return on investment (SROI). To this day it eludes the sector, despite being one of the crucial requirements for venture philanthropy to work.

There are existing examples of how social investment works. Scope’s award winning Grangewood project is one such example, where investment was sought from high-net-worth individuals to fund the provision of 15 flats for young adults with cerebral palsy. Another example of social investment is the government’s social impact bond scheme, which is currently being piloted in Peterborough Prison.

In practice a social impact bond differs very little from a public service contract. The bonds work by getting private investors to put up the initial capital for a project with a pre-determined social impact, such as the rehabilitation of offenders in the case of Peterborough Prison. Once the project begins to meet those objectives and measures social outcomes have been demonstrated, the government repays the loan.

The social impact bonds demonstrate how social investment is being funneled into more traditional funding models.

“Instead of government taking the risk, the private investor takes it, so ultimately the money is coming from government no matter how you frame it”, explains Jeremy Douglas, director of Advice for Good. In his blog Douglas summarises venture philanthropy as “not so much a new income source as a different approach to non-profit funding, which focuses on applying business principles to achieve social impact.”

Historically CAF Venturesome has invested across the risk spectrum, catering for charities’ investment needs on a tailored case-by-case basis. With the recent launch of the Social Investment Fund, CAF is asking donors to invest capital from their charitable trusts for terms of between three and six years, after which the investment is returned to their trusts and available to reinvest.

Paul Cheng is senior investment manager at CAF Venturesome: “Charities have grants that have been secured but are coming in late, they’ve paid in arrears and they have a timing problem – because they don’t have much of a balance sheet – they have a working capital issue”, he explains.

Cheng says the traditional view of charities as “a rich man giving to a poor man” is holding the sector back as far as understanding the rudiments of charitable finance go. “People starting out on new projects, who haven’t managed cash flow before, don’t realise the importance of a cash-flow forecast and planning ahead”

In Cheng’s experience charities most often fall into one of two camps. They either have strong income and expenditure, and therefore tend to overlook the need for working capital, or they are asset rich and cash poor and find it difficult to allocate cash when it is required. In both cases, there can be an argument for using social investment as a means of leveraging financial sustainability, but it long-term stability will only be achieved with the identification of long-term objectives.

Robust measurement and evaluation methods are the most important pre-requisite for social investment. A private investor is looking for a return, whether it is financial or social and you need to be able to prove that you will deliver one. This is not dissimilar to applying for grant funding, with trusts and foundations being increasingly insistent on seeing proof of impact when electing a candidate for a grant. “It’s becoming necessary for any charity who wants to get a sizeable grant. If you can’t demonstrate impact then you’re going to be forever reliant on small donors or family foundations that don’t have rigorous reporting requirements,” Douglas explains. With this in mind plotting the objectives of your charity in a clear forecast, and beginning to track the extent to which these have been met, will improve your long-term economic viability no matter which funding stream you want to make use of.

Caroline Mason is chief operating office at the newly formed Big Society Capital (BSC). The organisation, until recently referred to as Big Society Bank, will receive approximately £400m in equity capital from dormant bank accounts and a further £200m from the Merlin Banks. Mason suggests that social investment requires a psychological shift in the way charities regard finance for it to be applied successfully. Yes, impact reporting is crucial when applying for any kind of financial support, but social investment is not a gift. “You have to have a business model where you give that money with interest. So for organisations in the sector that have been used to project grant funding, which is completely valid, this is a different mind-set. They’re not granting it, they’re investing it”, she explains.

BSC have already made their first investment, using the Big Lottery Fund as an intermediary while BSC await state aid clearance and sign off from the Financial Services Authority. Private Equity Foundation, a charity set up to support children in work and education, will receive the principle outlay of £5m from BSC after meeting a series of due-diligence criteria and being accepted by the Big Lottery’s investment committee.

The major problem with designing measurement and evaluation methods to ensure you can stand up to the criteria of these kinds of investment committees is that there is no standard model. Douglas points out: “Not every charity lends itself to impact measurement, take Samaritans for example. How are you supposed to measure the prevention of suicide or harmful mental health issues? They measure calls, but that doesn’t prove that the impact was to prevent harm to that person.” It is the qualitative side of impact reporting that he says is most difficult. For that you need to arrange focus groups and engage in dialogue with your beneficiaries.

There will always be some causes that are more difficult to measure than others, and that is where a willingness to experiment comes back into it. If there isn’t a tried and trusted method of achieving something, find one – be the trailblazer for your cause so that in future you are leading the pursuit for new kinds of investment.

A one-size-fits-all model of impact reporting is unlikely to work as long as there is such a diversity of causes in the sector. To standardise the approach to measuring SROI would probably jeopardise its accuracy in practice. Mason expects BSC to encourage best practice in impact reporting by providing the sector with a framework. “I don’t think our role is to dictate how the actual measurement works,” she said.

No matter what the ifs and buts of social investment are today, what Cheng, Douglas and Mason all agree on is that this is not a fad. It is an untested paradigm but charities that want to remain sustainable in the long term will have to start drawing on the principles of venture philanthropy to do so. 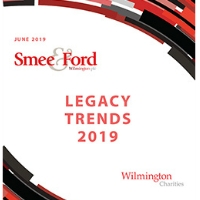 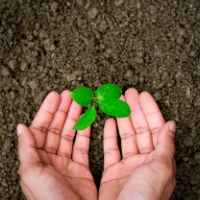 How to grow your legacies programme 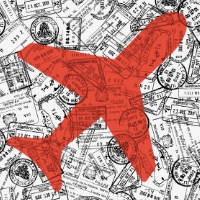