Sonal Shenai looks at why crowdfunding has become so popular and successful, in all its guises

In the long, dark days before the internet, we crowded around our televisions to support ‘telethons’ (marathon fundraising events): exciting shows that created a real buzz in the studio, which was then transmitted to the viewers at home. They produced a feeling of ‘we’re all in this together’, to reach a stated target.

While some of these continue to this day (for example, Children in Need and Comic Relief), now more than ever before we are seeing smaller-scale group fundraising efforts, with community, schools and work groups getting together to find fun ways to fundraise. Millions of pounds are regularly gathered and given to valuable causes through programmes that tap into a basic human wish to alleviate suffering and make the world a better place.

Of course, there is another driver that has stimulated the growth of these annual events: the need to feel connected to others. Whether through book clubs, dance classes, or investment circles, people enjoy being part of a collective.

Yet this has not been the traditional model for giving. Philanthropy has often been a very lonely business, with people simply sitting at home and writing out cheques. Giving circles originated as a type of community philanthropy, where groups of friends could enjoy the benefits of today’s telethons by coming together to donate their time and money to charity. People could pool their donations, learn about new charities, share their expertise with each other and have an overall enjoyable experience.

The arrival of the internet enabled the creation of virtual giving circles – part of the phenomenon of crowdsourcing and crowdfunding. People could now come together easily on electronic platforms such as Kickstarter and IndieGoGo to contribute funding, offer creative expertise, pool resources, volunteer time and receive perks (such as customised t-shirts). By 2012, there were 500 online crowdfunding platforms, including platforms for charitable funding such as Sponsume, Peoplefundit, Wefundit and Buzzbnk. Nesta’s 2013 report Working the crowd estimated that crowdfunding contributions towards profit-making and charitable projects in the UK alone reached £200m in 2012.

While giving circles, or live crowdfunders, bring together individuals at events to raise thousands of pounds in a matter of hours, online crowdfunding campaigns can bring together contributions over a period of weeks or months. The average online charitable campaign now lasts ten weeks. Campaigns can now go viral through social media and attract more people than ever before.

Many charities are now setting up dedicated crowdfunding platforms for their work. Cancer Research UK has its own crowdfunding portal, My Projects, which offers options of funding research into specific types of cancer as well as clinical trials in specific areas. Projects vary in their targets, trying to raise from £20,000 to over £100,000. The platform has now raised over £2m for Cancer Research.

Another success story is Solar Schools, a crowdfunding project of the climate change charity, 10:10. Solar Schools provides a platform for individuals to help crowdfund solar energy projects in schools across the UK, and has now raised over £267,000 for 42 schools. Part of Solar Schools’ appeal lies in its ability to offer a tangible solution to a huge problem like climate change. Schools on the site typically fundraise for targets of £10,000 to £20,000 for solar panels for their roofs, with individuals able to contribute to ‘own’ a roof tile for a minimum £5.

Elsewhere, the Big Give, which enables the public to support charities in a number of ways, hosts a crowdfunding platform that enables charities to fundraise at Christmas. The Big Give Christmas Challenge incentivises people to donate to participating charities by offering ‘match’ funding over a time-critical period from philanthropists, notably Alec Reed. To date, the Big Give has raised over £42m in five Christmas Challenges for 9,500 charities. People love the leverage that their donation will have; the idea that their gift is ‘doubled’ through match funding is particularly appealing.

People like to feel they are making a difference – and so the more direct and tangible the impact, the better. This is where ‘social giving’ comes in as an alternative to the online experience. The Funding Network (TFN), a giving circle committed to funding social change and an early pioneer of live crowdfunding, provides an open-to-all public forum that acts as a kind of marketplace. At events, attendees will hear pitches from four or five innovative young charities, working at the frontline of social change, for £5,000 of funding.

When the pitches are finished, the charities leave the room and the live crowdfunding session begins. Attendees are invited to make donations to any charities that they wish to support. While no one is under any obligation to give, charitable projects regularly exceed their £5,000 funding target at the events: Orchid Project, for example, raised over £75,000 for its work to end female genital cutting in Senegal. New Horizon Youth Centre, whose pitch was delivered by the broadcaster Jon Snow, raised over £30,000 for its work helping vulnerable young Londoners. One Mile Away, which works to prevent gang violence in Birmingham, raised over £12,000 at one event.

TFN runs different types of events to appeal to different audiences, including Youth Funding Network (YTFN) events where younger people give upwards of £10 towards social change projects. At the other end of the scale, its Strategic Funding Group offers opportunities for larger donations to projects previously funded at regular TFN meetings, enabling them to scale their impact and become more sustainable with a grant of £25,000.

Donors at these events are driven in part by offers of match funding, but more significantly by the feeling of giving as a group; it is highly motivating to know that your contribution, regardless of size, is an integral part of a substantial overall total.

For the charities, live crowdfunding events such as these often prove to be catalytic, providing the springboard for organisations to raise larger sums of money to undertake pilots, trials and eventually roll-outs on the ground. Sixty-two per cent of our funded charities reported that the funding they received at TFN events helped them to leverage further funding (by de-risking them to others).

Ultimately, live crowdfunding events promote a paradigm of social change giving. And, whether live or online, crowdfunding by its nature provides people with the enriching experience of giving together. And with the good variety of crowdfunding options now available, it’s easier than ever for charities to make it a valuable part of the fundraising mix.

Sonal Shenai is executive director of The Funding Network

This article first appeared in The Fundraiser magazine, Issue 35, November 2013 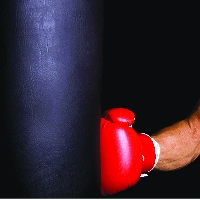 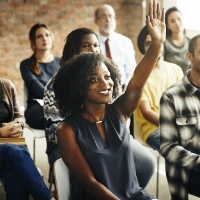 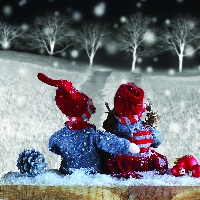