Greater transparency improves accountability, which leads to better outcomes for all, but it particularly helps to hold those in power to account. Kate Sayer, Consultant at Sayer Vincent, explains why transparency champions should be treated differently to complacent organisations…

We have seen a tsunami of negative press coverage in recent weeks directed at Oxfam in particular, but now other charities and the regulators have been caught up as they scramble to get their story straight. Ironically, as the Tufts University review of safeguarding practice among NGOs reported, Oxfam was leading the way in terms of transparency and acting to protect women from exploitation. Its 2016-17 annual report included a report on the number of incidents and what the organisation was doing about them.

I am completely committed to the notion that greater transparency improves accountability, which in turn leads to better outcomes for all, but particularly helps to hold those in power to account. A free press is an important part of that and we have a lot to be grateful for investigative journalists as they have exposed wrongdoing, hypocrisy and abuses of power.

However, I am concerned that transparency champions are scapegoated when they are actually showing courageous leadership in shining a light on poor practices and doing something about them. Charities are particularly vulnerable to public approbation and humiliation when they speak out for a number of reasons:

What should the charity sector do?

To support increased transparency, we need a broader coalition to close the gulf between public expectations and reality. We need to explain the context in which charities work and make sure this is understood better so that more transparent behaviours make sense to a wide audience.

What we are seeing now is the shock of recognition by the public that sexual misconduct goes on in charities. We need to close the expectation gap on this and a number of other issues. Charities operate in the same environment as everyone else.

At the same time, charities should not expect any favours – charities absolutely have to get their houses in order. A huge number of charities working with children and young people have put excellent practices in place over the last couple of decades. Lack of compliance is simply not tolerated. This can be extended to other areas and we should not wait for the next big scandal before we act.

We also need to differentiate between those who have put in transparent reporting and good practice, and organisations that have been complacent at best, or negligent at worst. At present, media attention and public reaction seems to treat the both groups as villains.

I believe that the organisations that are shining a light on poor practice in their own organisation and dealing with it are the leaders. They are setting an example with their good practice and displaying honesty and humility. Organisations that pretend nothing is happening are much worse, as are those who seek to silence complaints or cover up poor practice. Sexual harassment and abuse is a prime example of a conspiracy of silence – everyone knew it was going on but victims never felt their voice would be heard.

I want regulators to treat transparency champions differently to those who are negligent or cavalier in their treatment of complaints. I want them to support increased transparency and recognise that it is coming from organisations who are actively improving their practices.

I do not want regulators to seem to punish those who speak up for victims. I want them to give them a greater voice in their own organisations and seek to improve further. In a blame culture, you drive down reporting, because clearly no-one will want to own up to something if they will be punished. So how organisations and regulators respond to reports of poor practice is important. Matthew Syed explains how the ‘black box’ approach has helped the airline industry to learn and improve. Flying is now one of the safest ways to travel. (“Black Box Thinking” by Matthew Syed)

When it comes to the charity sector, we need to decide which direction we want to go in. Do we want to clam up, cover up and silence those who voice concerns? Or do we want to be more open, acknowledge mistakes, continuously improve and support leaders who put their head above the parapet? I know which direction I prefer.

What advantages do small charities have over large? 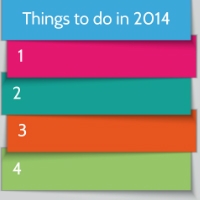 What developments do you hope to see in the fundraising sector this year? 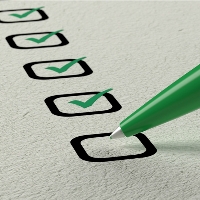 A data protection checklist: are you sure your charity is still compliant?