Take your chances: where do lotteries sit with charity?

All Posts
Posted in From the IOF Lottery funding

Take your chances: where do lotteries sit with charity?

My introduction to the world of society lotteries at the turn of the millennium was both unplanned and unwanted. I had just returned from frontline missionary work in Tanzania, and any form of gambling was anathema in the circles in which I moved. Feeding and binding the wounds of lepers was far removed from games of chance, and it was as likely that my erstwhile colleagues would have approved of such fundraising methods as it was that Lambeth Palace would be turned into a casino.

As the chief finance officer of my new employer handed me the red lever arch folder with the words ‘Weekly Draw’ scribbled down the spine and instructed me to “sort this mess out”, my first instinct was, of course, to close the whole thing down – whatever a ‘weekly draw’ might happen to be.

So how is it, then, that 14 years on, this reluctant convert to the world of charity lotteries and raffles ended up being an apologist for this method of fundraising? Indeed, not just an apologist, but the launcher of (or ‘sorter-outer’ of) lotteries from Essex round to Wiltshire – the result of which will see net proceeds to good causes in 2013 amounting to almost £5m?

For me, the breakthrough was in coming to an understanding that just as ginger beer isn’t real beer, so society lotteries are not real gambling. It was indeed a happy coincidence for me that the whole regulatory framework for gambling was being vigorously debated at this time, and the upshot of all the discussion was the Gambling Act of 2005 (coming into force in 2007). This saw the establishment of a more enlightened Gambling Commission – one that was prepared to recognise that a weekly draw with a stake of £1 and top prize of £1,000 could not sit alongside BetFred or the Lotto in their filing cabinet.

Indeed, as welcome as the 2005 Gambling Act was, inasmuch as it freed us all up from some arcane laws drafted with puritan zeal in a previous age, it also seemed to allow for an element of proportionality to find its way into regulatory enforcement. It acknowledged that someone buying a £1 chance in a local hospice lottery was less likely to develop a gambling addiction as someone looking for instant gratification through an online betting website.

We are all indebted to the Lotteries Council for much of this progress, for it was they with their Westminster insiders – chief among whom was Lord Mancroft – who fought the corner for small charity lotteries and indeed continue to do so in the face of regulatory changes being considered by the government in light of the growth of both the Health Lottery and the Postcode Lottery.

It is with one eye on these threatened regulatory changes, the exponential growth being experienced by some charity lotteries and abject rates of attrition by others, that I am delighted to be taking part in the Fundraising from Lotteries, Raffles and Gaming conference, organised by the Institute of Fundraising, which will be held in London on 27 January. My colleagues and I will be exploring why some lotteries and raffles work, and some fail miserably (putting the charity at risk of failing to meet the legal costs versus prize fund ratio).

We will also be looking at things like outsourcing raffles or lotteries or running them in house, the frequency of draws, the opportunities and threats of launching a rollover ‘superdraw’ with a £25k top prize, and tried and tested methods of recruitment and retention of ‘members’.

Last, but not least, we will be making it clear whether by introducing a lottery you are leaning against an open door of opportunity, or potentially squandering scarce charity resources on something that will never work for you on account of your cause or your geography.

And then, of course, there is the thorny issue that we started out with: this idea that lotteries and raffles are gambling after all, and are therefore morally wrong and not the kind of thing you want you charity to be associated with. In my own defence, I can only reference Saint Peter, the apostle (according to some) upon whom the whole Christian Church is built. It was he who, when looking for a disciple to replace Judas Iscariot, did so by use of a lottery (Acts 1:26). I rest my case.

Training and leadership for small charities 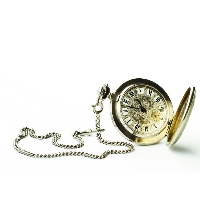 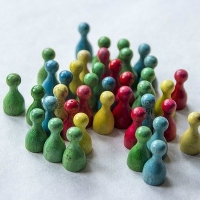 Leading with vulnerability to steer your charity&#039;s transformation